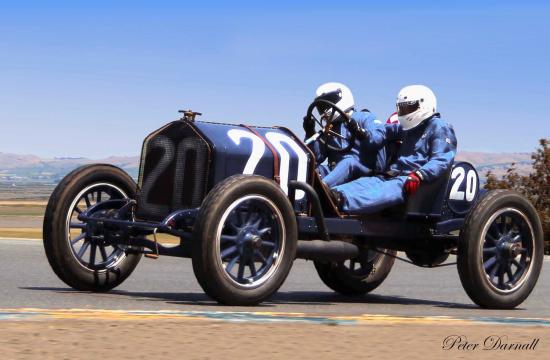 Santa Monica will relive the historical 1911 Santa Monica Road Races on Friday, July 17 from 5 pm to 8 pm at the Fairmont Miramar Hotel & Bungalows who is sponsoring the event to benefit the Santa Monica History Museum.

Admission is free and includes a rare opportunity to view an original 1911 Santa Monica Road Race car owned by Brian Blain which also raced in the very first Indy-500.

The evening includes a presentation of the history of the road races in Santa Monica, film and photo display by Harold Osmer, historian and author.

An auction will be held for an overnight stay for two at the Fairmont Miramar Hotel & Bungalows, dinner for two at the FIG Restaurant, Spa Therapy at Exhale, and rides in the original race car.

In 1909, the automobile was just coming into being. The City of Santa Monica was struggling to maintain its independence from Los Angeles and decided to stage road races to attract and increase its population. This worked.

The biggest names in racing were here. The Start/Finish line was at Ocean Avenue. The course went uphill along Wilshire Boulevard to the Old Soldier’s Home (Veterans’ Center today) then back down on San Vicente.

An estimated 50,000 people turned out on July 10, 1909 to watch two dozen entrants run the inaugural race. The first winner did the 8.4 miles course at an average speed of 55 mph.

The American Grand Prix and Vanderbilt Cup Races were held at Santa Monica in 1914 and 1916. Had it not been for the Road Race and other enterprises that brought attention to the area, Santa Monica might have been annexed by the City of Los Angeles.

By mirrormmg July 1, 2015
in Life and Arts
Related Posts