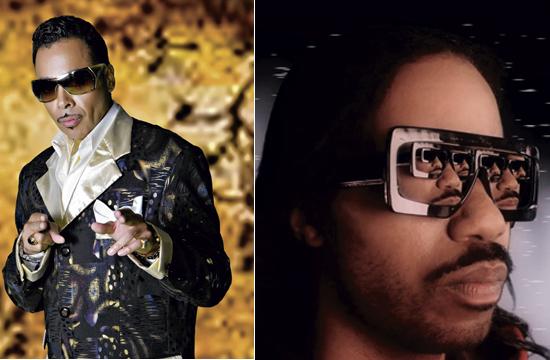 It’s that time of the year again – Twilight Concert Series at the Santa Monica Pier returns this coming Thursday with Morris Day & the Time headlining the opening show.

For anyone who hasn’t been to the free series, which is celebrating its 31st year, the pier becomes more than just theme park attractions at the edge of the continent. It is also home to some great musicians of all genres helping celebrate the summer.

Featuring a different band each Thursday night from 7-10 pm, the lineup allows for concertgoers to experience a wide range of music over 10 consecutive weeks each summer.

Two alternative rock bands that have toured the world and back again, they team up for one fantastic July 16 night. The sea air may be a good change of pace for Real Estate, who are based in Brooklyn.

The only band on this list with punctuation many may have no idea how to type, ¡Cubanismo! has been making a special melodic brand of Cuban music (as the name suggests), since the early ‘90s, and 20 or so years later they’re here at the pier to be music to your ears.

There was a JD before Scrubs, and he has some of the most diverse inspirations that one can think of, which will inspire the crowd with his trademark modern rockabilly, R&B, and good old-fashioned rock and roll all mixed into one. Joining him is Sarah Gayle Meech, a Nashville-based country artist from Longview, WA, and a previous resident of Los Angeles, the amalgamation of the three cities within her births a different type of country singer. Together, these two blends of cities and genres will country, R&B, and just plain rock your world.

A pulsating solo effort from electronic pop crooning man-child and Cut Copy bassist Ben Browning is the shiniest, newest addition to the Cutters stable of artists.

Prior to starting on Cut Copy’s most recent album Zonoscope, Browning dug into his trusty mind-hole and began penning tracks for a solo release, culminating in the new 12-inch EP which is to be released by Cutters Records. I Can’t Stay is the lead single, taken from Browning’s forthcoming EP on Cutters records.

Sister Nancy isn’t of the clergy, but she has the voice of an angel. A dancehall DJ and singer, she’ll be teaming up with Jesse Royal, a reggae artist who’s been far outside his native Jamaica, but he’ll be bringing it with him.

No, he is not a hybrid of The Little Mermaid and P!nk, he is Ariel Pink, and he is one of the most eclectic artists out there. Together with the Mynabirds, who have been described as “openhearted, politically engaged, feminist pop that, miraculously, never veers into schmaltz.” In any case, these two eclectic names will meld together in one giant performance for the ages!

The white rabbit returns, classic rock fans rejoice! Joining them is Purple Mountains Majesties, who promise to be more majestic than America the Beautiful.

Sept. 3 – Rebirth Brass Band / Miles Mosley and the West Coast Get Down

A little bit of the Big Easy comes out west to us in the form of Rebirth Brass Band! Meanwhile, The West Coast Get Down is a collaborative group of musicians born and raised in Los Angeles. They are some of the most sought after musicians in the world, and we have the honor of seeing them together with one of the most wonderful brass brands of our day.

What a line-up to see, what a summer at the beach! Come on out! Each performance is free and open to the public. If you would like some more information on any of the acts listed above, visit santamonicapier.org/twilightconcerts.