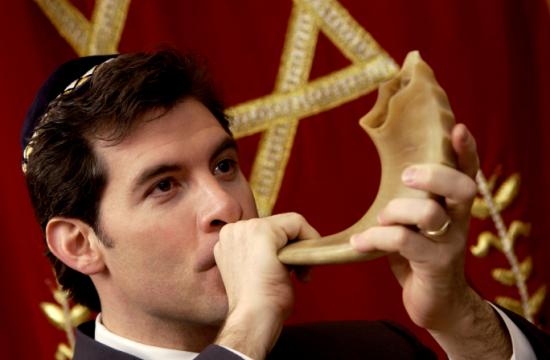 At sundown on Sunday, Sept. 13, Jews will begin the observance of Rosh Hashanah, the two-day holiday marking the Jewish New Year.

Rosh Hashanah is “metaphorically the birthday of the world” and a “time of new beginnings, of second chances,” said Rabbi Laura Geller, the senior rabbi of Temple Emanuel of Beverly Hills.

In preparation for the New Year, Jews conduct what is known in Hebrew as “Cheshbon HaNefesh,” an “accounting of the soul,” Geller said.

“We are to look at the lives we have lived in the past year and decide from whom we need to ask forgiveness, whom we to need forgive, what we need to let go of and what we need to bring with us into the new year,” Geller said.

Services ushering in the year 5775 on the Hebrew calendar will feature the blowing of the shofar, a ram’s horn, which Geller called “a very ancient spiritual alarm clock that is meant to wake you up to the real work of the season.”

“It’s a very powerful, primitive sound,” Geller said. “The commandment of the season is to ‘hear the voice of the shofar.’ In that sound is the call to do the spiritual work,” examining how to “make the most” of our “limited time here on Earth.”

“Most of our lives we spend pretending that isn’t true, but in High Holiday season, we are confronted with that truth – how are we going to live lives of meaning, so the shofar really wakes us up,” Geller said.

Rosh Hashanah is a festive time when Jews gather with family members to reflect on the past year and the new one that is beginning. Celebrants also eat festive meals featuring apples dipped in honey, symbolic of the wishes for a sweet year.

A round challah, a loaf of bread, is used, rather the customary twisted one, to symbolize that “the year is round,” Geller said.

Rosh Hashanah is a “period of deep personal and communal introspection” and the beginning of the “10 Days of Awe” leading to Yom Kippur, the Day of Atonemeant, Judaism’s most solemn and somber day, “really focusing on the best version of ourselves and trying to return to that vision of ourselves,” Geller said.

Jewish tradition holds that God records the fate of humankind in the Book of Life during the High Holy Days.

The new theme of Temple Emanuel’s observance of the High Holy Days is “From Strength to Strength, We Strengthen Each Other. #Strength2Strength”

By mirrormmg September 5, 2015
in Life and Arts
Related Posts