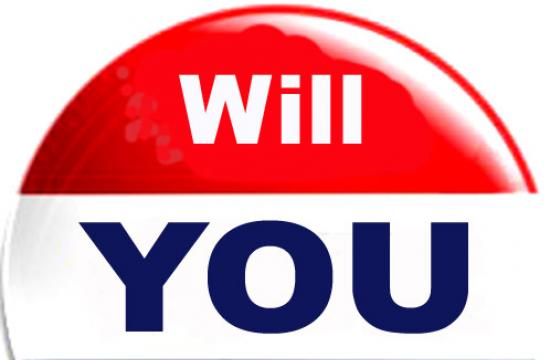 The key questions in the June 7 primary include not merely who will win in each major party and how many national convention delegates they might net, but also who will vote.

That last question, in fact, might decide the answers to the first two. Before all his opponents dropped out, it seemed that to do well, Republican businessman Donald Trump needed votes from many, many thousands of Californians who don’t ordinarily go to the polls or fill out ballots in advance. The same for Vermont Sen. Bernard Sanders on the Democratic side.

Former Secretary of State Hillary Clinton, of course, already had the great majority of usual voters well in hand long before advance voting stations opened and absentee ballots went out in mid-May.

But the outpouring of youthful voters aged between 18 and 25 for President Obama in 2008 and 2012 signals that both Trump and Sanders also have the potential to change the makeup of the California electorate.

That electorate normally is dominated by older, white, college-educated, affluent, home-owning citizens. But as Trump campaigned across America this year, he drew support mostly from people who don’t fit all those categories: They may mostly be white, but they are not so likely to be college-educated, affluent or homeowners. Many have voted only sporadically, if ever, in the past. Sanders’ voters have often been a flip side of that: Well-educated, mostly white, but younger and neither affluent nor homeowners.

The normal California electoral divide – the usual pattern of who votes and who does not – generally sees half of all adult U.S. citizens living here make the key decisions for the other half, who don’t vote but often gripe. The latter category tends to be younger, poorer, more Latino, renters and less likely to be college-educated than those who vote regularly.

It’s a pattern almost guaranteed to arouse classist resentments, and that has been the essence of both the Trump and Sanders campaigns, as different as they are in many other ways.

This is important stuff if only because the divides in attitudes and emotion between groups more likely to vote and those less likely are wider than ever before in the modern era, similar in some ways to ideological splits in pre-Civil War America – and look where that led.

Here’s one divide, as determined in polling this spring by the Public Policy Institute of California: While likely voters are divided on whether government at all levels should do more to reduce gaps between rich and poor (51 percent believe government should do more, 44 percent disagree), fully 70 percent of non-voters say the government should do more. Views of Obamacare, the Affordable Care Act, follow a similar pattern, with likely voters almost evenly split between approving it or not. Non-voters view the law favorably by a 55-36 percent margin. And those are only two of the differences.

The irony here is that non-voters consistently want government to do more for them (69 percent said a higher minimum wage means a lot to them), but those same people do nothing to ensure that government will perform as they want.

These findings raise a lot of questions, a key one being how to get more of the non-voters to cast ballots and actually try to put people who share their views into office.

One way, suggested Democratic state Sen. Ben Allen of Santa Monica in a recent forum, would be to get more news coverage of government. But with virtually all Sacramento television news bureaus closed for economic reasons (political bureaus cost money, but no one ever bought advertising time because of them) and newspapers operating at bare-bones levels because of the industry’s slump, that doesn’t figure to happen soon.

Another suggestion is better civic education in public schools. But try getting high school students to pay attention in government classes.

That might leave it up to charismatic candidates to drive the vote and bring usual nonvoters to the polls. If Trump and Sanders do that in this election, they’ll have made at least one positive contribution.