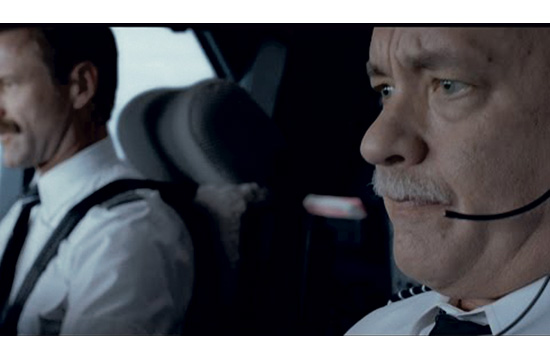 “Sully,” with Tom Hanks starring as the title character, is an inspirational movie that chronicles the heroic pilot’s miracle landing on New York’s Hudson River in 2009, in which every passenger and crew member onboard was saved. The film is based on Sully’s memoir, “Highest Duty: My Search for What Really Matters.”

Aaron Eckhart stars as First Officer Jeff Skiles, Sully’s second in command, and a supporter of him throughout. After the landing, Sully is hailed a hero by many, but also faces some criticism for his decision making on that day.

Sully and Skiles are put up in a hotel room after they are safely onshore, but their ordeal is just beginning. Even though the story is one most people already know, the film still holds interest, as the National Transportation Safety Board (NTSB) conducts an investigation as to whether the water landing Sully decided on was truly necessary. While the investigation is taking place, both men must stay in a hotel, away from any friends or family. For some reason, it seems that the NTSB was actually out to get Sully, rather than exonerate him. For example, conducting unrealistic simulation crash tests that showed Sully could have returned to a nearby airport rather than having to crash land in the Hudson and risk the lives of the passengers and crew plus damaging the aircraft. It is the NTSB’s position initially that Sully should have had just enough time to redirect his plane back to either LaGuardia Airport or the Teterboro Airport. Both pilots have a hard time believing that Sully could have been at fault for anything, after all that he did.

I found the scenes leading up to the landing, the landing itself, and those on the water to be harrowing, making the viewer feel as if they are there. Hanks once again delivers a strong, subtle performance, conveying just how much that monumental day has affected him, while Eckhart also turns in good work.

Laura Linney as Sully’s wife has a thankless role, literally phoning in her part, as all her scenes concern her conversing worriedly with her husband on the phone. There were also I thought too many scenes of Sully running at night.

An uplifting tribute to a man who narrowly avoided disaster, Clint Eastwood’s very well-made picture succeeds in honoring someone who said that he was just doing his job on that momentous day.