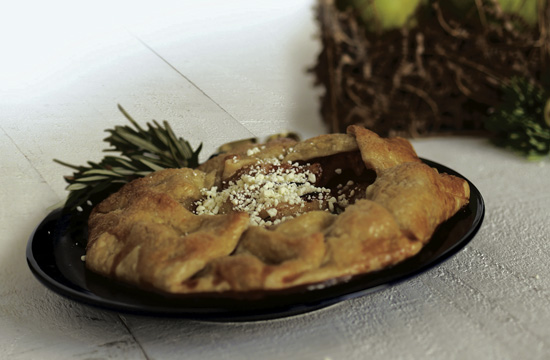 Arrange pears in mound in center of dough, leaving 2-inch border. Fold border over filling to cover pears partially. It does not need to be even.

Bake 15 minutes then reduce oven temperature to 350 F and bake additional 40 minutes until pears are tender and crust is golden brown.

In small bowl, stir together honey and boiled water to make glaze. When galette is done, remove from oven and brush honey glaze over top of fruit and crust, and sprinkle liberally with feta cheese.