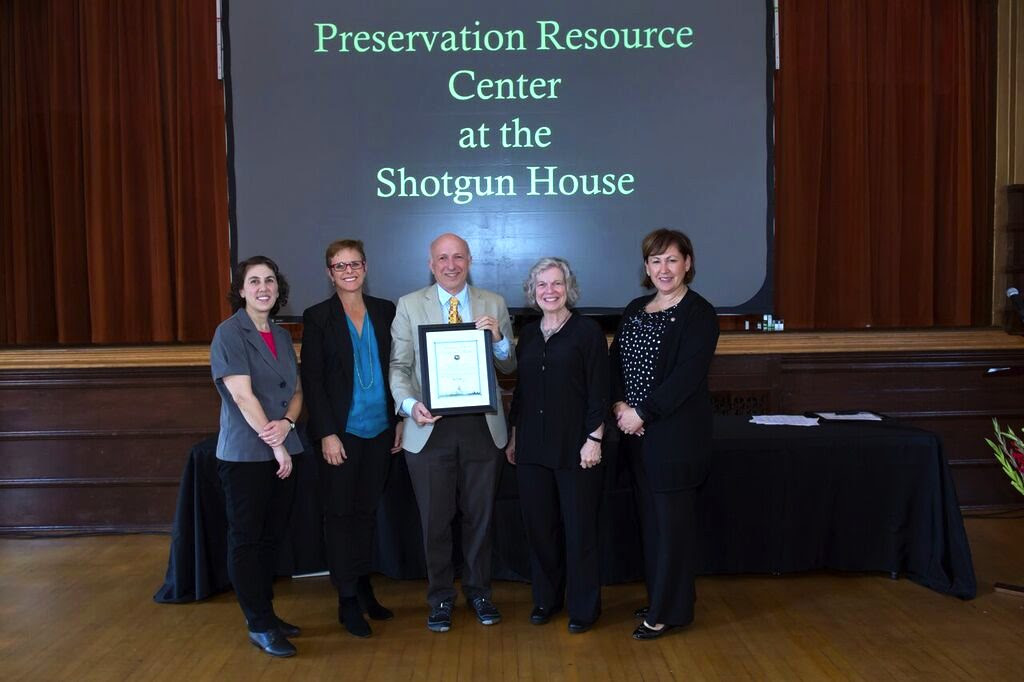 The Santa Monica Conservancy has received one of twelve prestigious Governor’s Historic Preservation Awards. On the heels of receiving a Preservation Design Award from the California Preservation Foundation (CPF), this makes two awards for the Preservation Resource Center at the Shotgun House. The Governor’s Award is presented annually to projects, individuals and the organizations whose contributions demonstrate exception achievements in historic preservation.

The Governor’s Office presented the award to Conservancy President Carol Lemlein in appreciation of the rehabilitation of the Shotgun House, deemed “an outstanding example of community participation in the preservation of a treasured California resource . . . Unlike other preservation awards, this one emphasizes involvement by community groups; and it recognizes a broad array of preservation activities, from building rehabilitation to archaeology, education, and preservation planning.”

Established in 1986, these awards are presented under the sponsorship of the California Office of Historic Preservation (OHP) and California State Parks, in the belief that the history of California is embodied in its buildings, structures, sites, and objects that provide tangible links to the people and events that shaped the state’s growth and development. Since its inception, more than 200 projects have been awarded.