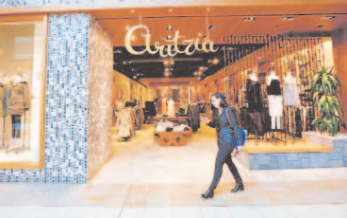 Canadian retailer Aritzia is set to open a store selling its contemporary clothing line at the Westfield Century City mall in early 2017.

For now, the Vancouver-based company has opened a pop-up shop on Melrose Avenue, where Fred Segal Luggage used to be. The pop-up store will remain at Melrose until it opens its flagship store in Century City.

The company currently has 19 U.S. stores, including in Westfield San Francisco Center and Westfield Vally Fair in San Jose.

Aritzia is a multi-brand retailer. It sells denim lines such as Citizens for Humanity and also offers its house labels, including Wilfred.