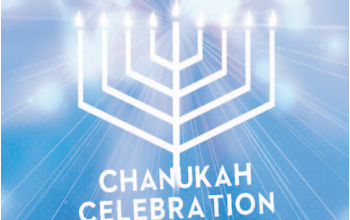 While the Jewish holiday of Chanukah officially began on Dec. 24 this year (Christmas Eve), Chabad of Century City will host its annual Menorah Lighting ceremony at 5 p.m. on Tues. Dec. 27 at Century Park, between 2000 Avenue of the Stars and 2029-2049 Century Park East.

Come join the festivities, where along with the lighting of the menorah, there will be free doughnuts and latkes for everyone. For more information, visit www.chabadcenturycity.com