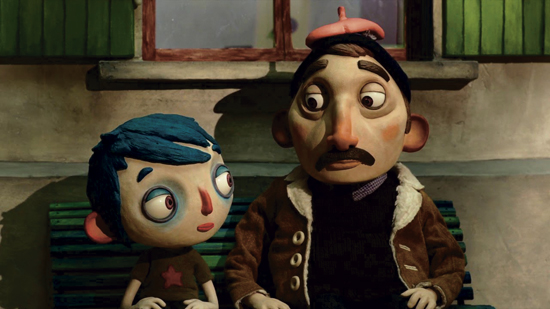 Will Forte, Nick Offerman, Ellen Page and Amy Sedaris will lead the English-language voice cast of the Golden Globe-Nominated Film “My Life as a Zucchini” which will make English-language premiere at Sundance.

Gkids, a producer and distributor of animation for both adult and family audiences made the case announcement last week. “My Life as a Zucchini” will have its theatrical release domestically in February 2017, in both the English language and original French language versions.

“My Life as a Zucchini” is the official Swiss submission and has been shortlisted for the “Best Foreign Language” category for the 2017 Academy Awards, where it will also be competing for Best Animated Feature. The film was recently nominated for Best Motion Picture – Animated for the 2017 Golden Globe Awards, named the Best Animated European Film by the European Film Awards, and Best Swiss Film by the association of Swiss Film Critics.

After his mother’s sudden death, Zucchini is befriended by a police officer, Raymond, who accompanies him to his new foster home, filled with other orphans his age.  At first he struggles to find his place in this at times strange and hostile environment.

But with Raymond’s help and his newfound friends, Zucchini eventually learns to trust and love, as he searches for a new family of his own.  Brought to life through striking character designs and expressive stop-motion animation, the story soars with laughter, sorrow, and joy, and stands as a testament to the resilience of the human heart. Beginning with its debut at Cannes, the film has stirred up an overwhelming response on the festival circuit, taking home top jury and audience prizes at Annecy, Melbourne and Angoulême, as it prepares to melt hearts with its U.S. debut at Sundance.