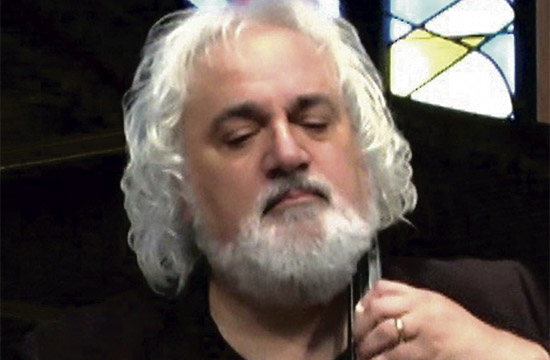 The Santa Monica Symphony (SMS) has announced its second concert of the 2016-2017 season which will present four of the most celebrated orchestral works of Johannes Brahms Saturday, Dec. 3, at Barnum Hall in Santa Monica.

Under the baton of Guido Lamell, now in his fifth season as Music Director, the orchestra has greatly expanded the complexity and variety of programs being presented. Although this program is less adventurous or cutting-edge than others that the orchestra has performed, “This is an indulgence in purely beautiful and luxurious music” Lamell said. “It’s my favorite interpretation of a ‘holiday concert.’ While others are performing arrangements of Christmas carols and “The Nutcraker” (all of which I love), this is a feast of gorgeous music. The calorie count is off the charts. But unlike Thanksgiving, you’ll actually feel better and more refreshed after this feast.” These pieces demonstrate why Brahms is generally considered to be the greatest of the classic-romantic composers.”

The program opens with two of Brahms’ beloved Hungarian Dances, numbers 1 and 6, out of a collection of 21. “It was difficult to choose from such a wonderful collection of gems” explained Lamell. “My dad was Hungarian and was an amateur violinist who was nuts about gypsy tunes. I grew up on this music! There’s such joy and flavor here…   I guess that 1 and 6 are my favorites.”

The second work is the glorious Double Concerto for Violin and Cello. It is Brahms’ last orchestral work and is considered by many to be his most refined and melodious. As the SMS strives to showcase great artists residing in the Los Angeles area, they are thrilled to present two internationally acclaimed soloists. Violinist Martin Beaver was formerly the first violin of the Tokyo String Quartet and has performed around the world in that capacity and as an orchestra and recital soloist. He currently teaches at the Colburn School. Cellist Andrew Shulman is a celebrated conductor and soloist who currently is the principal cellist of the Los Angeles Chamber Orchestra.

For the second half of the program, the orchestra will perform Brahms’ 1st Symphony in C minor. Since Brahms followed directly after the great Ludwig Van Beethoven, he was reluctant to compose any symphony at all as that bar had been set impossibly high. In fact, Brahms said that he worked on this symphony for twenty years before he dared to offer it for performance. It was a great success however and instantly established him as one of the greatest composers ever. From that point onward critics and historians began to refer to the three Bs – Bach, Beethoven, and Brahms.

It is a truly grand opus and offers some of the most resplendent themes and magnificent orchestral flourishes in the entire repertoire. It will allow the SMS to “strut its stuff” in the most splendid manner.

All Santa Monica Symphony concerts are offered free of admission. For further information about this concert, the whole season, or parking, go to smsymphony.org.