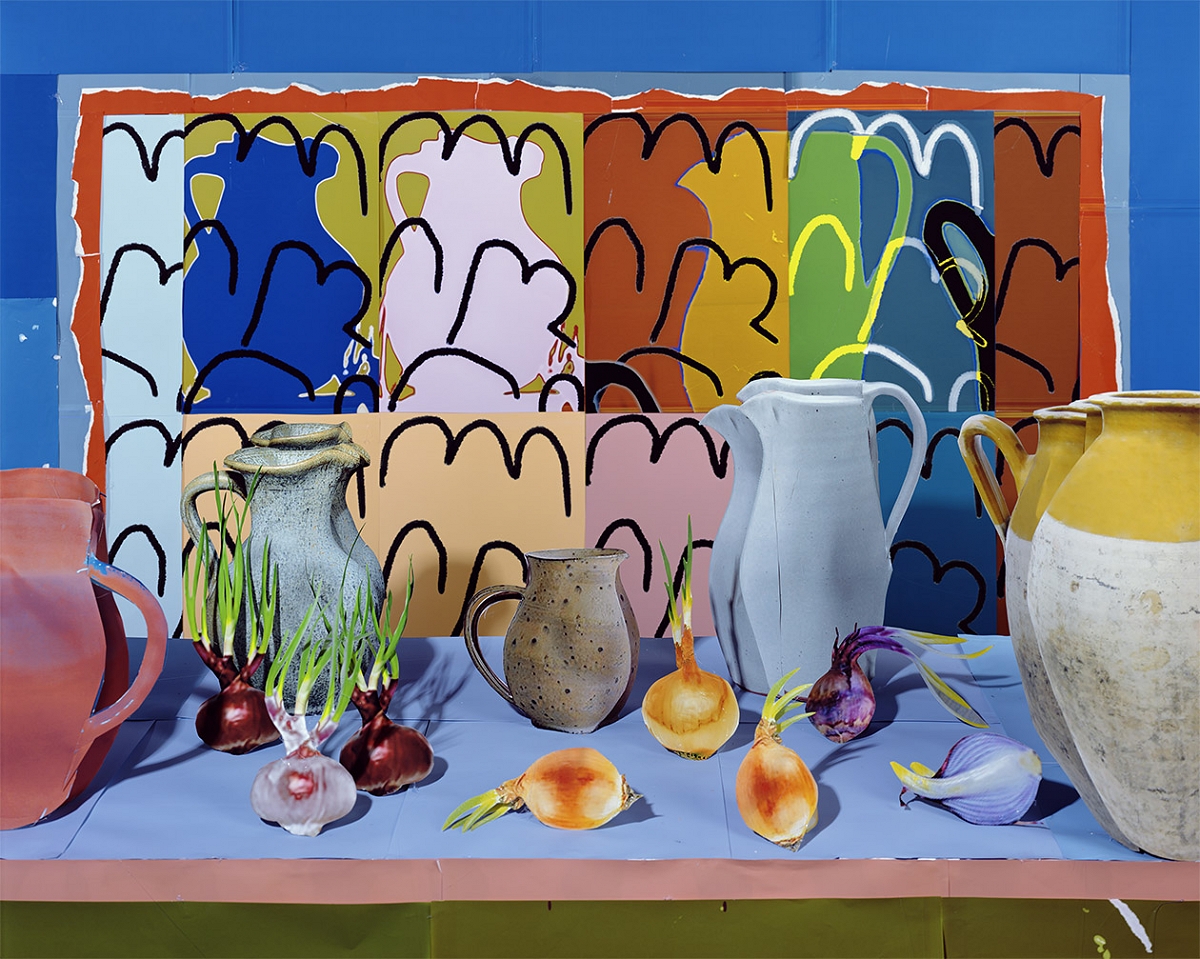 “Essentially, the way that ALAC was structured from the beginning was to use a number of local galleries to host international galleries,” said Darius Sabbaghzadeh, a press spokesperson for the fair.

Galleries from abroad both new and returning will be exhibiting work at Barker Hangar this weekend, including longtime exhibitors Standard (Oslo) from Norway, Valentin from Paris, Yautepec from Mexico City, Peres Projects from Berlin (which opened initially in L.A.’s Chinatown before relocating overseas) and more.

“What’s new this year is the focus on programming and the theater,” said Sabbaghzadeh. “Basically, during the fair, the theater becomes a really interesting site of performance and production, where we’re bringing in figures that cross the many lines of cultural production in Los Angeles. This includes artists, filmmakers, producers, actresses, people who work with video art and critics.”

Performances in the theater, located in an expanded space in the back of the hanger, include Ping Pong by Beijing-based artist Huang Rui who founded the group Stars alongside Ai Weiwei and others, a discussion and screening of Death Race 2000 with director Roger Corman and one of the film’s actors Mary Woronov, a storytelling session by Todd Gray dressed up as a griot – a West African poet – about his time spent with Iggy Pop on Wonderland Avenue in Laurel Canyon in the ‘70s, and many more.

Coinciding with the opening of this year’s Art Los Angeles Contemporary event is the release of the second issue of the Art Los Angeles Reader, a biannual publication containing art criticism and commentary published independently by Fair Grounds Associates, who produce the fair.

“It connects Los Angeles’s preeminent writers together and uses the platform to consider the shifting cultural terrain of that situates the fair in the cultural conversation of Los Angeles,” said Sabbaghzadeh.

For a full list of exhibitors and events and more information about attending, visit artlosangelesfair.com.

By admin January 25, 2017
Tags: art, santa monica, Things to do in Life and Arts
Related Posts