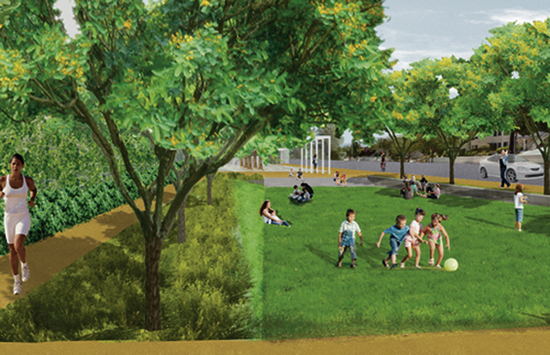 The newly-constructed and almost-opened 2.5-acre Ishihara Park on Exposition Boulevard between Stewart Street and Dorchester Avenue makes up the bulk of the new addition alongside five small parcels of land on Ocean Park Boulevard.

The five small City-owned parcels of open space are located on the south side of Ocean Park Boulevard between Second Street and Highland Avenue.

The addition of both Ishihara Park (2.35 acres) and the Ocean Park Green Space (.43 acres) will increase park acreage in the City by a total of 2.78 acres.