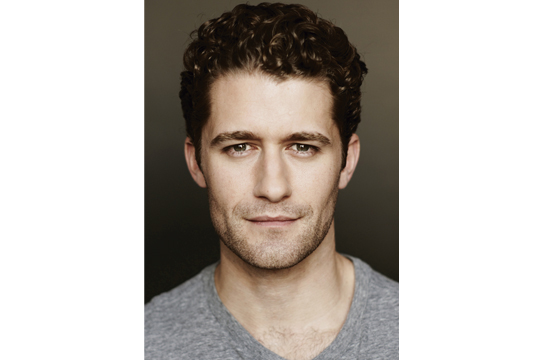 Matthew Morrison, the versatile Tony, Emmy, and Golden-Globe nominated actor/singer is hitting The Broad Stage Santa Monica on Saturday, January 14 at 7:30 p.m. Joined by a topflight jazz band, he will perform an evening of standards and favorites from an artist which The New York Times calls “a hard-driving musical frontiersman.”

Matthew Morrison most recently starred on Broadway as “J.M Barrie” in the Harvey Weinstein musical “Finding Neverland.” Morrison received two Drama Desk nominations for his role, and won the category of Favorite Actor in a Musical in the Broadway.com Audience Awards.

Morrison made his Broadway debut in Footloose but his big break came when he was cast as heartthrob Link Larkin, originating the role in the hit Hairspray. Morrison was later nominated for a Tony Award for his role in The Light in the Piazza, and received a Drama Desk Nomination for Outstanding Actor in a Musical for 10 Million Miles. He also starred in the Tony-winning revival of South Pacific at Lincoln Center Theater in New York.

In 2015, Morrison wrapped the final season of Fox’s musical comedy series Glee, where he starred as the director of the glee club, “Mr. Schuester.” The show, created by Ryan Murphy, received the Golden Globe award “Best Television Series – Comedy or Musical” in 2010 and 2011.

Morrison was the first artist signed to Adam Levine’s record label, 222 Records, where he released his Broadway standards album, “Where it All Began,” in June 2013. Broadway World said of the album, “His vocals soar…his voice is bound to warm your heart and put you in a good mood.”

In 2012, Morrison starred in the Lionsgate film, What to Expect When You’re Expecting, which was based on the book of the same name, directed by Kirk Jones. The film also starred Cameron Diaz, Jennifer Lopez and Dennis Quaid among others. Morrison played a famous dance show star who is faced with the unexpected demands of fatherhood. The film was released on May 18, 2012.

In March 2012, Morrison hosted and narrated the PBS special entitled Oscar Hammerstein II- Out of My Dreams, which focused on the Broadway producer’s life and career. Also in March 2012, Morrison was featured in a performance of Dustin Lance Black’s play, 8 – a staged reenactment of the federal trial that overturned California’s Prop 8 ban on same-sex marriage. The performance raised money for the American Foundation for Equal Rights.

Morrison studied musical theater, vocal performance and dance at New York University’s Tisch School of the Arts. Tickets are on sale at thebroadstage.com and by calling 310.434.3200.