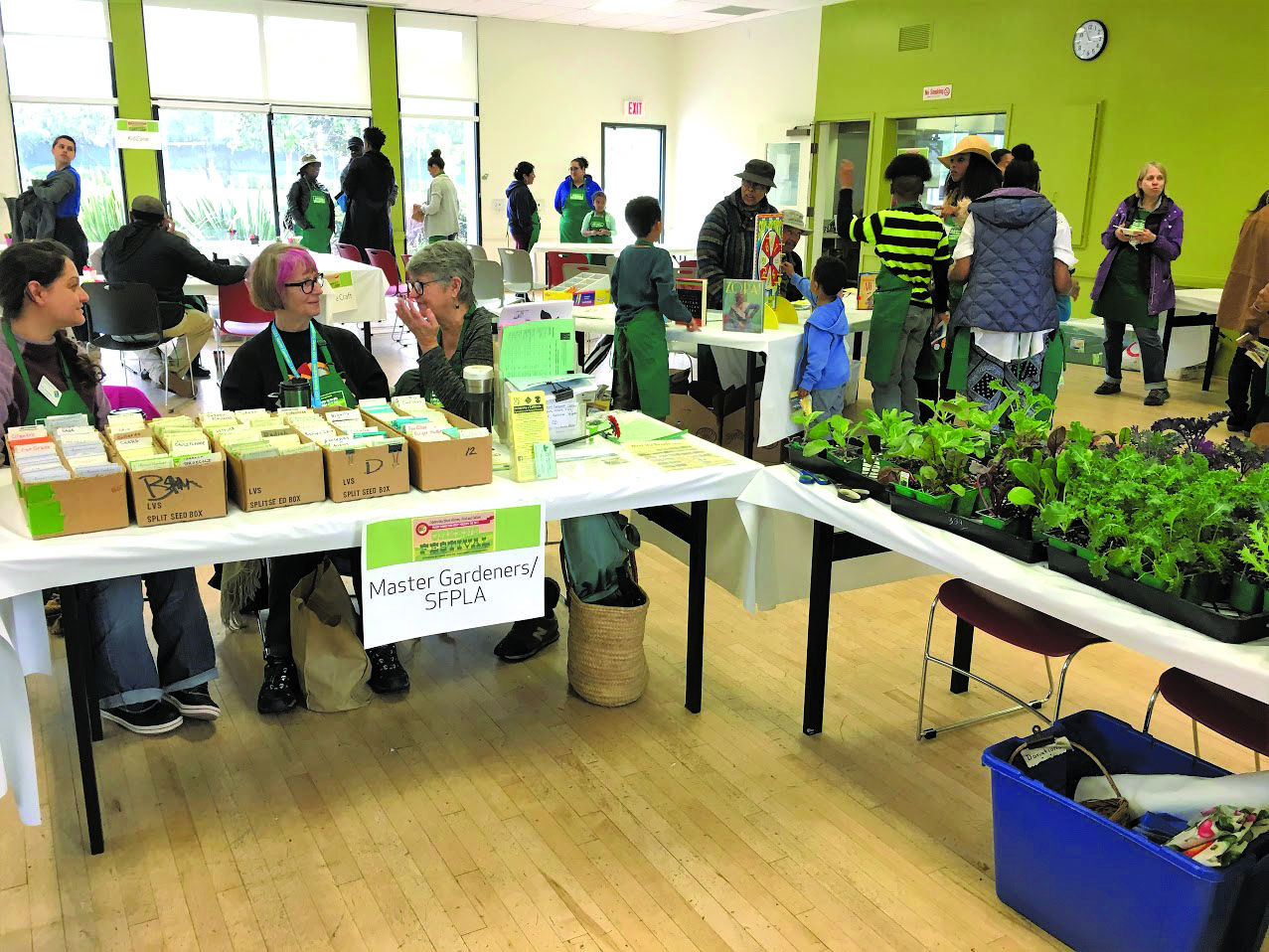 On Saturday, Feb. 18, Virginia Avenue Park was host to the 2nd annual Greens Festival. The event, which was sponsored by Parent Connection Group, went from morning into the afternoon and included cooking demos, a mobile museum, games for kids, and more.

Janeen Jackson, chair at Virginia Avenue Park and member of Parent Connection group – which is a group of African-American black heritage families that meet every Thursday and discuss the Pico community – explained that the festival was first held last year as a way to celebrate black history.

“The City asked us what we were going to do. We decided we wanted to celebrate black history through food and art,” said Jackson.

Community members at the festival gave live cooking demos in a kitchen just off of the main room, while volunteers led participants in crafts, book readings and trivia tables teaching the black history of Santa Monica.

“We have everybody volunteering, from people who have been in the community for generations to newer Pico community members,” said Jackson.

One of the book read was titled “Before There Was Mozart,” and told the story of Chevalier de Saint-Georges, who is known historically as the first classical composer of African ancestry. A string quartet was also at the festival to perform the works of Saint-Georges.

“This is the first time I’ve played one of his string quartets,” said Benton Preciado, who played cello in the quartet.

Slow Food Preserves Los Angeles, which hosts workshops at Virginia Avenue Park, was also at the event with samples of preserves, alongside a team of master gardeners with seeds and plants available to event goers.

Parent Connection Group meets every Thursday at Virginia Avenue Park from 5:30 – 7:30 p.m. For more information, visit their Facebook page at facebook.com/Parent-Connection-Group-1670907366484539 or email them at parentconnection.csm@gmail.com.