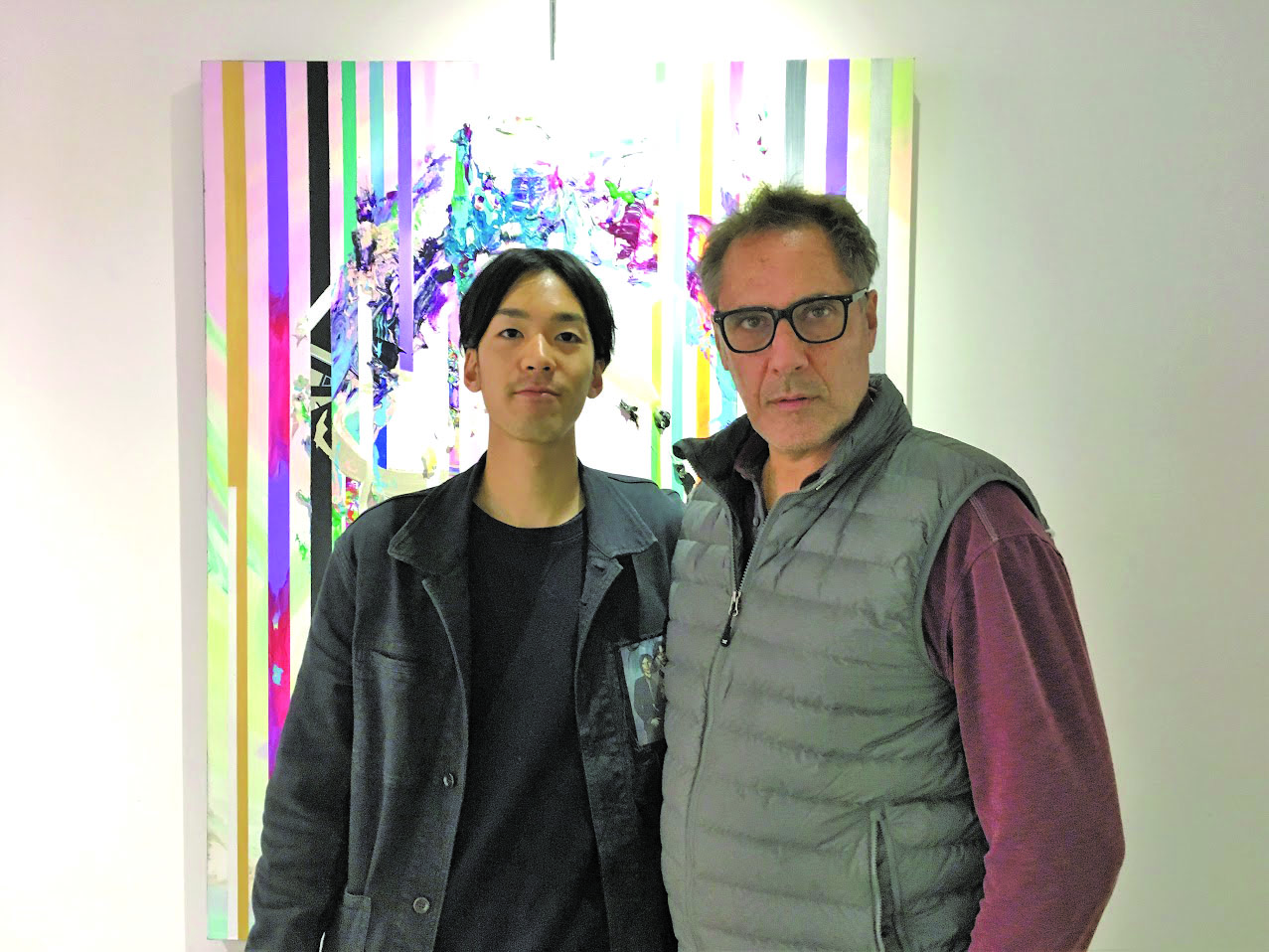 FAB-gallery, located on Main Street in Santa Monica, held an opening reception for a new exhibit on Saturday, February 18 titled “Time Travel,” featuring works by Los Angeles-based artist Jung Yun, who created all of the works exhibited in a span of two-three years in both Henderson, Nevada, and locally in L.A.

Yun, who’s exhibiting at FAB-gallery for the first time, is displaying his works in chronological order, showcasing the developments and growth in his art over time.

“It’s kind of this amalgamation of my journey as a creative person,” said Yun.

Custom-made lights, hacked using a Raspberry Pi computer by Yun and a collaborator with whom he collaborated on the lighting, is used to shine light on the works in a “breathing” fashion, dimming and brightening rather than providing the works with constant illumination.

“We’re going to dim the white lights, which is rather untraditional for a fine arts gallery, but I wanted to bring underground settings and scenes I’m personally in a lot,” said Yun. He explained that many art events attended by twenty-somethings like himself included live elements, like DJs or live paintings. “I wanted to take that influences, because that’s part of my life, and bring it into a fine arts setting where I can take those influences, harvest it, and hone it down to a very specific effect.”

Gallery director Flavio Bisciotti explained that his gallery often showcases art by both international and local artists, and aims to show new works.

“We always do different types of exhibitions. The last one [titled ‘Palimpsest’] was in reference to a fire in Venice, from my studio,” said Bisciotti.

For more information on this and upcoming exhibitions at FAB-gallery, visit fab-gallery.com.