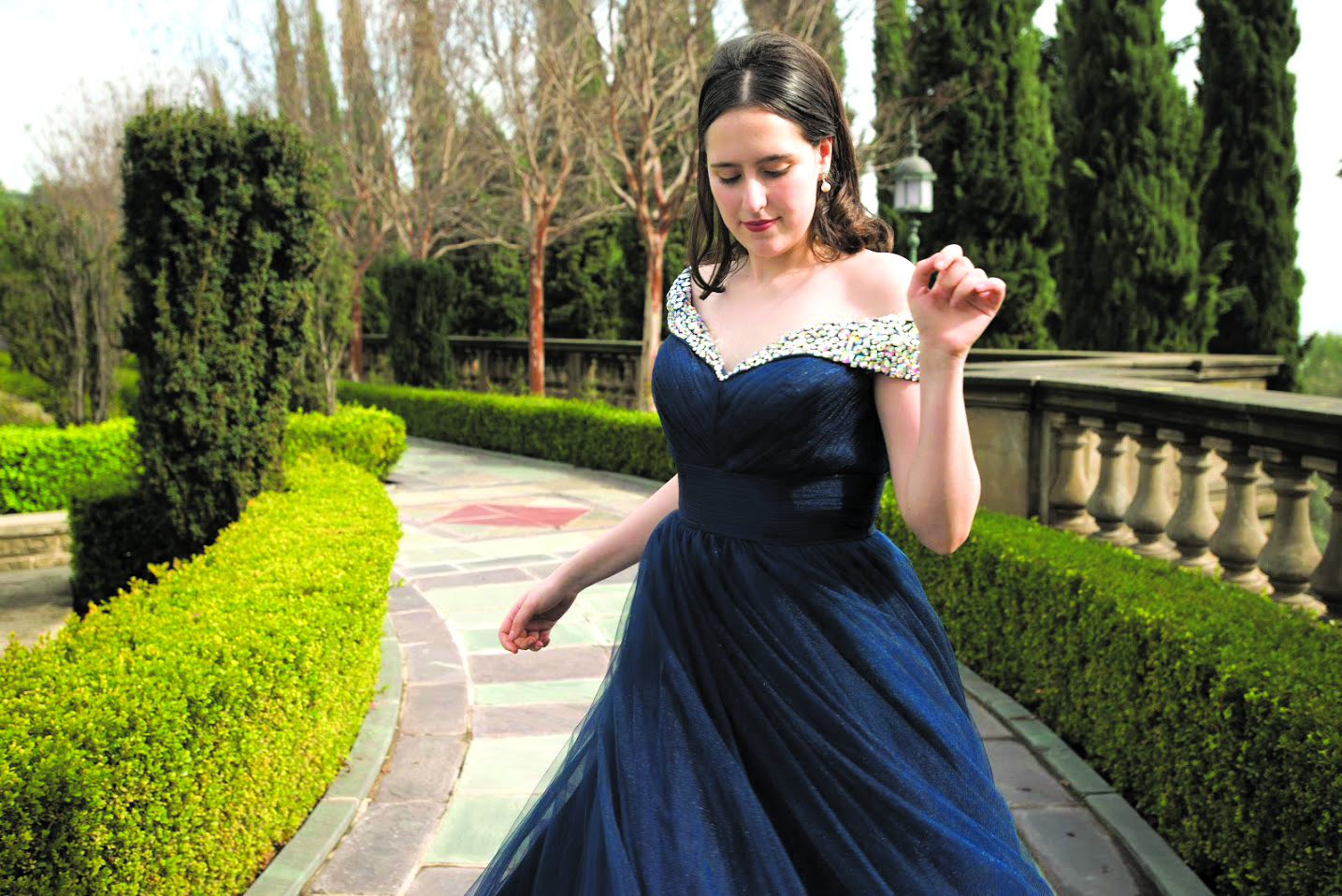 On Friday March 17, local soprano Golda Berkman will perform with tenor Landon Shaw II and The Hollywood Chamber Orchestra under the direction of Southeast Symphony Artistic Director Anthony R. Parnther at the St. Monica Catholic Church, before she graduates from Beverly Hills High School in June and leaves for Italy to study with some of the world’s leading opera instructors. The concert is titled “Opera Gala Concert to Benefit the New Dawn Hospital in Kenya,” and will raise funds for the Dandora Visitation and Maternal-Child Health Center, which was created in response to a critical need for better maternal health care in Dandora, which is a suburb of Nairobi with a large economically disadvantaged population.

“These are literally lifesaving efforts in Africa where medical needs of women and children are of the highest priority and life expectancy is only 54 years – all in an area of Africa my father knows well and travels to often working with organic coffee farmers,” said Berkman.

The program for the concert was compiled from composers selected by Berkman herself, before being finalized with her collaborators for the performance.

“Golda had a concise list of composers that she intends to perform on this concert, all of which are recognized as the finest operas composers in history; this includes Puccini, Verdi, Bellini, Donizetti. We came to a mutual consensus and chose some Overtures that would complement what she was performing. This includes Verdi’s “La Forza del Destino,” Rossini’s “William Tell” and “Barber of Seville Overtures” and more,” said Parnther.

Berkman made her opera debut in November of 2015 performing the role of Lauretta in the Redlands Opera Theatre’s production of “Gianni Schicchi,” but has been performing since she was 11 years old. She went on to perform for the full 2015-2016 season of concerts at St. Monica Catholic Church, as well as at various other venues throughout the greater Los Angeles area including a private event honoring Princess Charlene of Monaco at the Los Angeles Music Center’s Dorothy Chandler Pavilion. She is also the youngest grand prize finalist in classical voice in the Los Angeles Music Center’s prestigious Spotlight Award competition.

“This is a farewell concert of sorts – I have had the honor of performing many times at St. Monica’s the past several years, developing a strong Santa Monica following, and now I’m turning 18 years old on March 13 and will be moving to Italy to study with some of the world’s top opera teachers this summer after my high school graduation,” said Berkman.

Anthony Parnther has been the director and conductor of the Southeast Symphony since 2010, and was nominated by Los Angeles’ KCET as a “Local Hero.” He also works as conductor for Santa Monica-based Riot Games, and has lead live performances of music from the games “League of Legends” and “Titanfall 2,” for which he also composed the score, to audiences of tens of thousands, as well as millions of viewers streaming online. Landon Shaw II is currently studying for his Masters of Music degree in vocal arts at the USC Thornton School of Music and has received a Teaching Assistantship scholarship, and is looking forward to the March 17 performance.

“[Audiences] are going to get the most popular, lush, romantic opera repertoire that there is. I was so excited when I got the list of music, because I was just sitting there thinking, it doesn’t matter what your age is, what your experience with music is, whether this music is totally new to you or you’ve heard it before. Every piece is going to be, ‘I need to remember that so I can listen to it later,’” said Shaw.

For tickets and more information head to stmonica.net/africa.