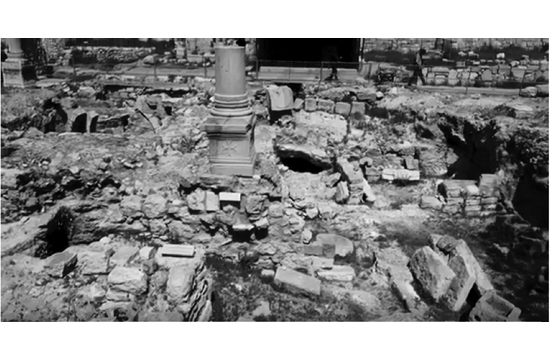 On Saturday, January 21, the main branch of the Santa Monica Public library hosted a lecture from Jean-Pierre Isbouts, whose work on Biblical archeology has been published by National Geographic. Isbouts was promoting and lecturing from his newest book, “Archaeology of the Bible,” which chronicles archeological discoveries throughout history of Biblical importance.

While Isbouts, who has been working in the field of Biblical history for 35 years, calls Santa Monica home, this was his first time lecturing in Santa Monica in his career.

“It’s kind of silly I have yet to give a talk in my own home town,” he said at the opening of his lecture.

He then delved into the importance of Biblical archeology in a society that’s becoming concerned more and more with matters of secular importance, citing as an example the unearthing of the Tomb of the Holy Sepulchre, which in reality is nearly as it is described in the Bible.

“For this program in particular, we’re always looking for things that will enrich, educate and entertain,” said Graham.

She reiterated this point as she introduced Isbouts, urging audience members to check a box on a card handed out at the beginning of the presentation if they had learned something by the lecture’s end. This data could then be used as concrete evidence of the program having educated its dozens of audience members.

“This program is part of the wellbeing promotion the whole city is trying to do. That’s what we’re doing here,” Graham said in her introduction.

By admin February 9, 2017
in Life and Arts
Related Posts