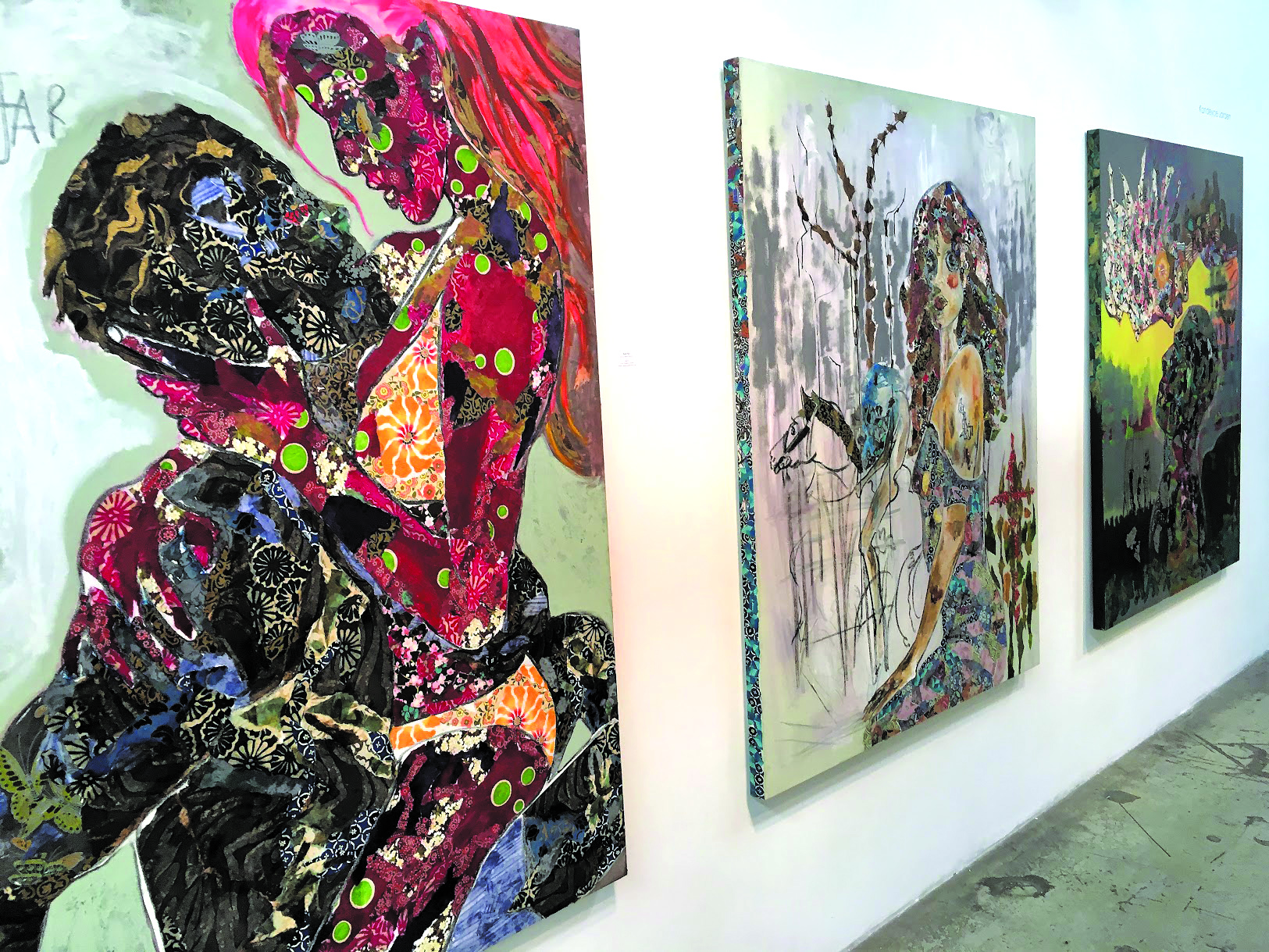 Though the event has been going on for over a decade, its organizers try to do something new each year.

“We usually do switch it up. Each year we try to offer new elements,” said City of Santa Monica Cultural Affairs Supervisor Allison Ostrovsky, who explained that alongside a new band performing, this was the first year a DJ truck provided outdoor music for the event.

She explained that, unlike other art walks throughout the city, which feature work curated from a number of generally local artists, this art walk featured all artists and creative venues based at the airport itself.

“A lot of people don’t even know [the airport] is this creative hub, and that there’s so much happening here,” said Ostrovsky. “It’s really for anyone and everyone, whether you’re an art lover or an art novice.”

Some of the attractions outside of the art galleries included theater workshops for children at the Ruskin Theater, live demonstrations by Santa Monica College Ceramic Arts, a communal Santa Monica mural led by Laraine Mestman, a potted plant decorating workshop and more. The Museum of Flying, also located in the Santa Monica Airport space, hosted a game of “Stump the Artist,” challenging aviation artist Mike Machat to draw any plane from memory.

“Outside of the art walk, there’s no other time when all these artists’ studios and venues are open to the public simultaneously,” said Ostrovsky.