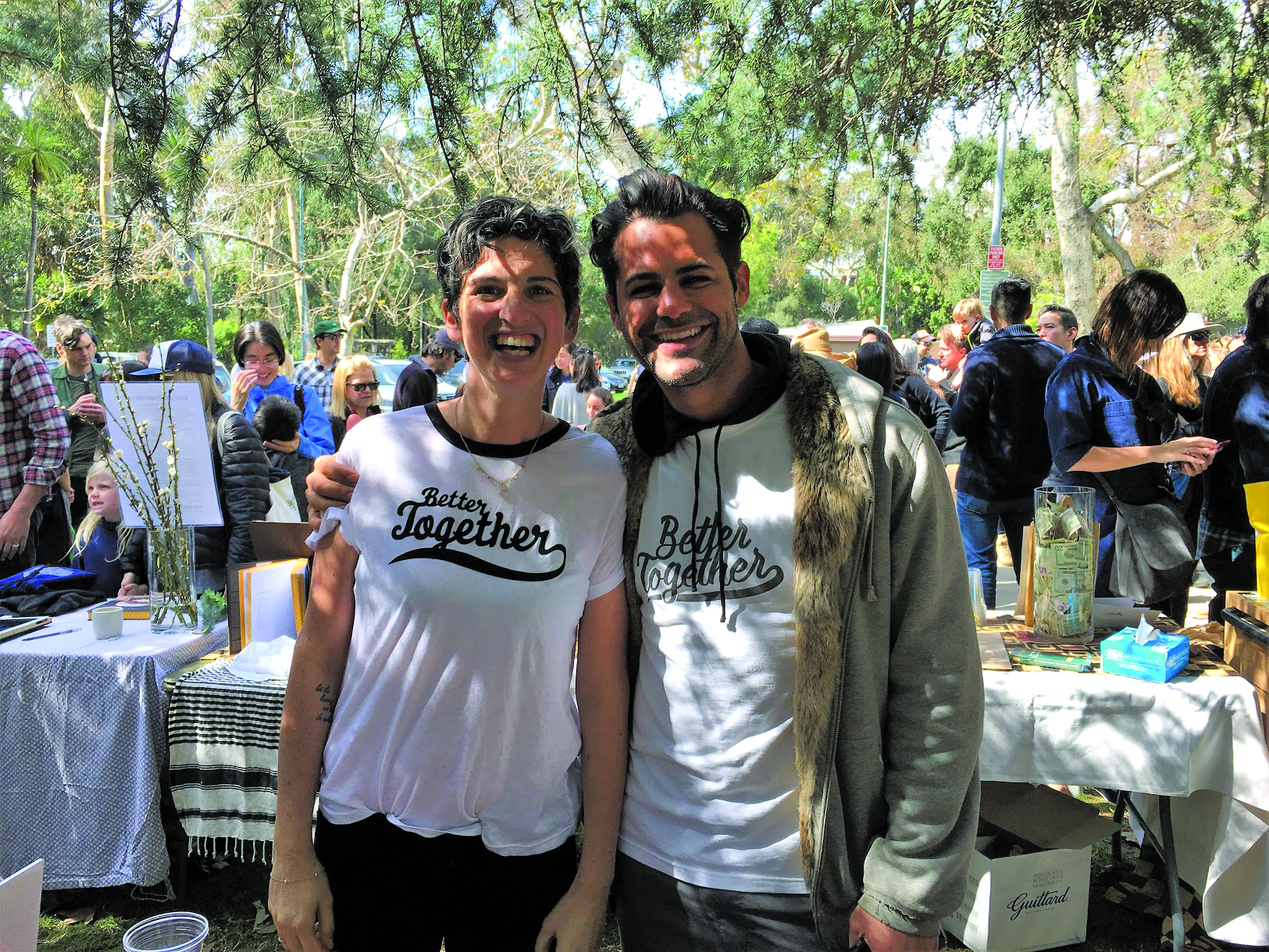 The first ever “Bake and Gather” event was held on Saturday, February 25, at Rustic Canyon Rec Center, at which local artisans sold food and T-shirts, with all of the proceeds going towards Southern California chapter of the ACLU and Public Counsel, which is the largest pro-bono law firm in America. Both charities were chosen by chef Zoe Nathan, whose bakery, Huckleberry Cafe, sold pastries at the event.

“We’re starting these all over the city,” said Nathan, who created and is leading this series of events. Every two weeks, a different professional baker will choose a charity and location local to them, and host a similar sort of gathering, at which the community will be invited to partake in supporting both local businesses and charities.

Saturday’s inaugural event was held locally in Santa Monica because it’s where Nathan was born and raised. She lives walking distance from Rustic Canyon park, and also co-owns with her husband Josh Loeb the Rustic Canyon family of restaurants, which began with the nearby Rustic Canyon Wine Bar, and includes Milo and Olive and others.

Other event participants included local coffee shop Caffe Luxxe, who were founded in Santa Monica and now operate three locations on the Westside, and Woo clothing, whose Canyon collection of shirts and hoodies benefits the nearby Canyon Charter School. .

“Most importantly, what we’re trying to do is challenge all the people who come to it to do their own version of it and gather their people, raise money, and keep the conversation going. Because we all need each other, and we all wanna be close during this time,” said Nathan.

For more information about Rustic Canyon Wine Bar and Nathan and Loeb’s other restaurants, visit rusticcanyonwinebar.com.