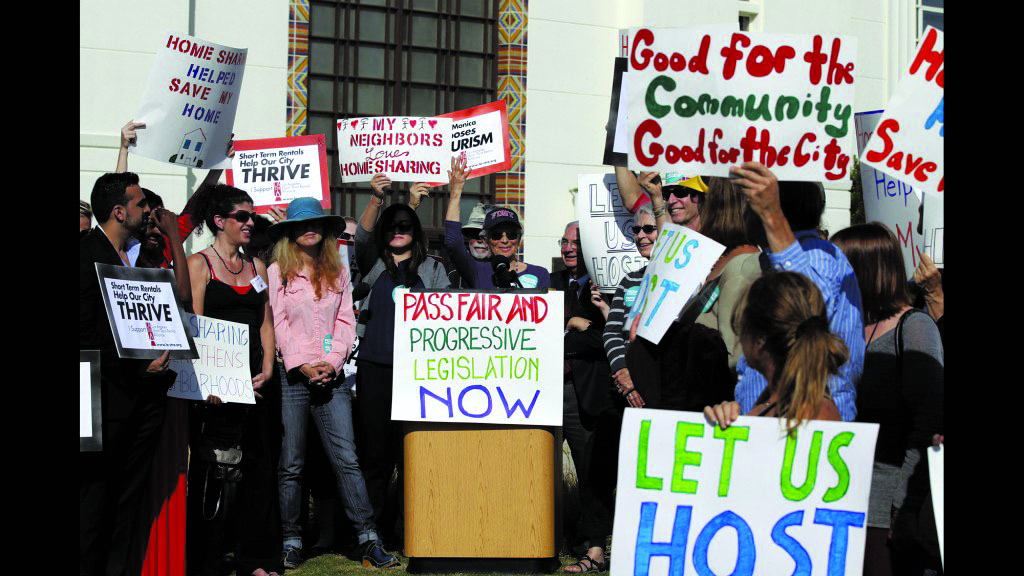 In a move to correct a perceived infringement to the U.S. Constitution, Santa Monica City Council adopted a new Noise Ordinance amendment Tuesday enabling free speech rights across the city.

The change “simply removes the presumption of a violation when the exercise of free speech happens in an already noisy location,” explained Councilmember Kevin McKeown, however the Santa Monica Chamber of Commerce and several business and resident groups did not agree with the move.

“The Chamber Board of Directors has voted to oppose this change, because we believe that exempting specific areas from the important protections that our noise ordinance provides is unfair to our residents, visitors, employees and local businesses,” Carl Hansen, Director of Government Affairs at Santa Monica Chamber of Commerce, wrote in an email to members.

The amendment exempts any non-commercial activity on outdoor public property that occurs between the hours of 7 a.m. and 10 p.m., not including the Santa Monica Pier and Third Street Promenade that does not immediately abut any exclusively residential use. The exemption would not apply when the non-commercial free speech creates excessive noise at a nearby permanent residence, hospital, or school.

“This language is intended to account for the fact that residential property can be constructed in virtually any land use zone within the city and many commercial areas already include mixed uses,” according to the staff report on the matter.

The change was prompted when the American Civil Liberties Union wrote to City Council, “politely pointing out that our law appeared to infringe on free speech rights guaranteed by the U.S. Constitution, so we have now made appropriate amendments,” McKeown explained.