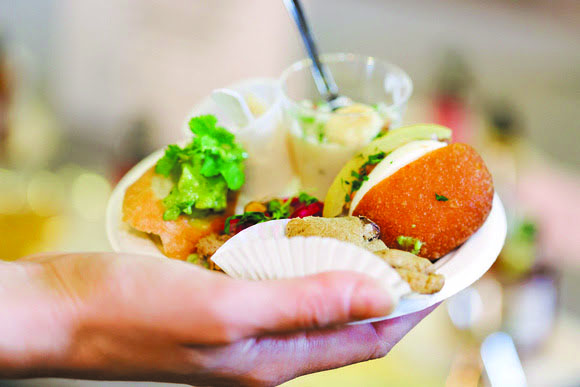 A record number of supporters explored the offerings on display throughout Barker Hangar, sampling gourmet food and libations in a spirited and festive atmosphere.

In between eating and drinking, attendees shopped at retail vendor booths and placed bids on various raffle and auction items, including sought-after wines, one-of-a-kind prizes and luxury travel experiences.

“PPLA Food Fare is PPLA’s largest annual fundraiser, and with threats of defunding looming from Washington, the event attracted more attendees and sponsors than ever before,” organizers said. “Just days before the event, PPLA Food Fare sold out of tickets and had raised over $1 million according to preliminary figures, which for PPLA, is the highest amount the event has ever raised.”

Of that total, over $700,000 was raised in sponsorships alone. Funds generated at PPLA Food Fare benefit the health care and education services that PPLA provides at their 19 health centers throughout LA County. For more information head to: plannedparenthood.org/planned-parenthood-los-angeles.