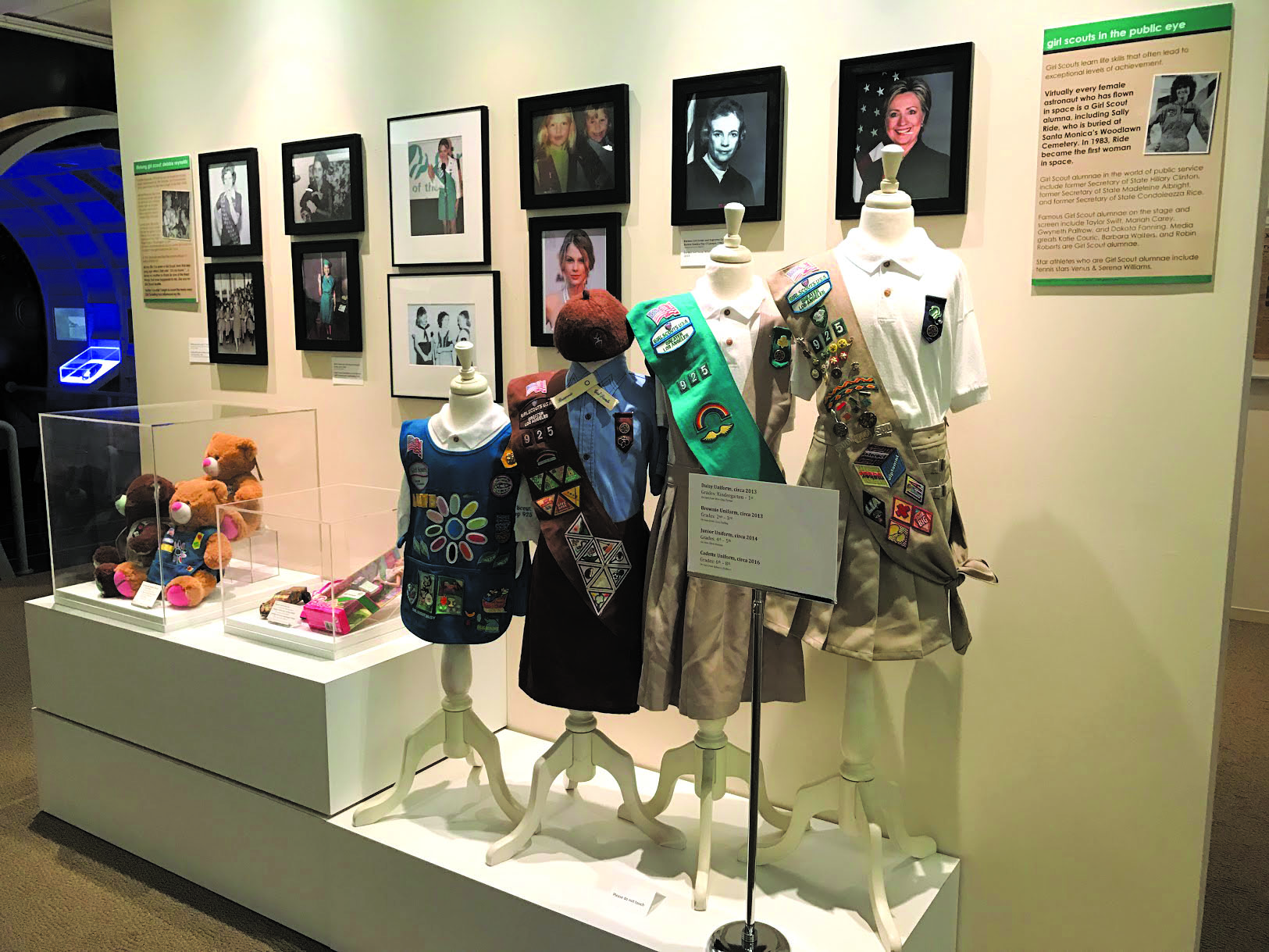 Beginning January, the Santa Monica History Museum has been showing an exhibit titled “The Journey of Girl Scouts: Empowering Young Women,” showcasing Girl Scout history from throughout the organization’s 105 years of existence. On Saturday, March 11, in celebration of the 105th birthday of the Girl Scouts, the exhibit hosted a birthday party with cupcakes and a sparkling cider toast, with current day Girl Scouts from the Westside and elsewhere in Los Angeles in attendance.

The exhibit was put together as part of a Silver Award Project, which is an outreach project designed to better the community in some way, by Girl Scouts Ciara Dalling and Olivia Kienzle, both of whom attend John Adams Middle School in Santa Monica. Dalling and Kienzle have been Girl Scouts together since kindergarten, and are members of Troop 925, which encompasses the Westside of LA. Dalling chose the Santa Monica History Museum as the venue for this project after having previously worked there as a volunteer.

“We start with a history of the founder of the girl scouts,” said Sara Crown, archivist at the museum, about the exhibit, which explains that Juliette Gordon Low founded the organization in 1912 in Savannah, Georgia. It then moves onto the history of the Girl Scouts in Santa Monica, which extends back to the 1920s. “It spread pretty quickly from Savannah. It became pretty popular,” said Crown.

Other displays include camping supplies – camping is a major aspect of team building within the Girl Scouts, Crown explained, and in the organization’s early days was a primarily male-centric activity – and Girl Scout uniforms from 1918 until today.

“Camping from the beginning has been a very central thing to the Girl Scouts,” said Crown.

One photo shows a group of World War II era Santa Monica Girl Scouts selling oranges, due to the supplies needed to make cookies being rationed.

In addition to this exhibit, which will be on display through March 29, a lecture is scheduled for March 22nd, also in commemoration of Women’s History Month, by Dr. Lisette Gold, an Environmental Engineer for the City of Santa Monica, a Girl Scout Leader, and Girl Scouts Santa Monica Service Unit Manager.

For more information about this exhibit, the museum, and the upcoming lecture, visit santamonicahistory.org.