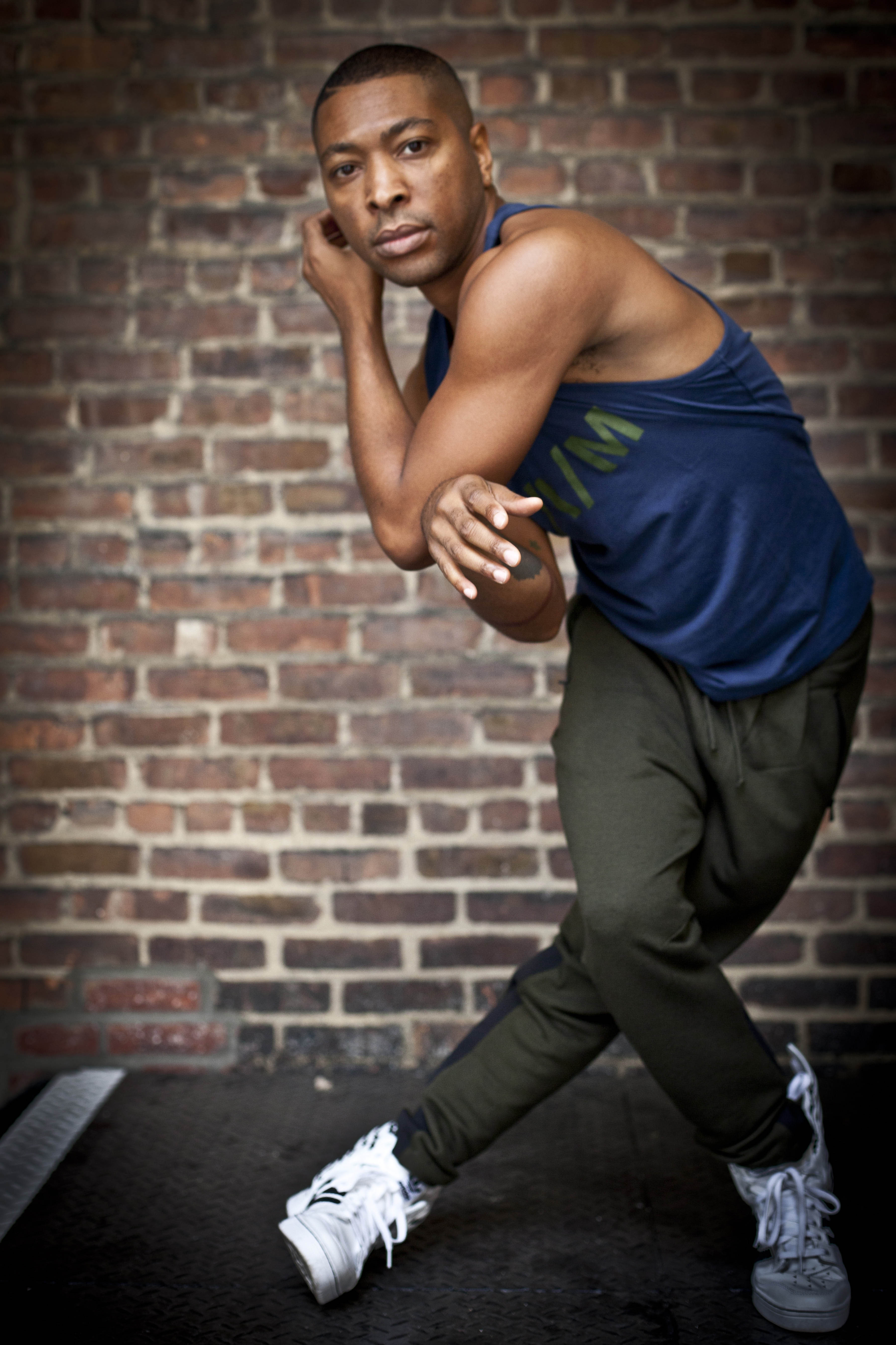 Kyle Abraham has created a repertoire of dance thatentwines a sensual and provocative vocabulary, touching on race, identity and personal history. From the birth of #BlackLivesMatter, to the ongoing issue of police brutality among the African American community, to apartheid-era South Africa, Abraham’s works point towards the past, but look to the future.

Raised in one of Pittsburgh’s historically black neighborhoods, Abraham studied classical music while listening to the burgeoning hip-hop scene of the 1980’s.  However, it wasn’t until Abraham saw Joffrey Ballet perform, to the music of Prince, that dance barged into his life.  “That opened my eyes more to a lot of the possibilities of movement,” Abraham said.

His piece Untitled America was performed by Alvin Ailey American Dance Theater at The Music Center this March. Lewis Segal said, in the Los Angeles Times review, “For an uncompromising choreographic vision [that] also managed to be a powerful company showpiece, it was Kyle Abraham’s Untitled America that triumphed, first to last.” Robert Battle, Ailey’s Artistic Director says of Abraham, “Watching him in studio, it’s like watching an artist doing sketches; you can’t tell where a movement begins and where it ends.”

Abraham’s repertoire for The Broad Stage includes the California premieres ofThe Quiet Dance and Absent Matter and The Gettin’.

The Quiet Dance is an introspective, suspenseful 12 minute quintet set to a rendition of Bernstein’s “Some Other Time”. An experience in subtly, and “what goes unsaid”, dancers and movement contrast and connect quietly but expressively.

Absent Matter explores the perceived posthumous grandeur of death and violence in urban communities throughout the US through sound and movement, tracing the racial epithets in songs of Grief, Love, an Death by artists ranging from Notorious B.I.G. to Tupac to contemporary rap artists like Kendrick Lamar and Drake.  The work explores hip-hop’s lineage to create an abstracted dialogue about race in America through the lens of those who feel unacknowledged or without value.

Created during Abraham’s tenure as a Resident Commissioned Artists at New York Live Arts, this piece draws inspiration from jazz legend Max Roach’sseminal album, We Insist! Max Roach’s Freedom Now Suite.  The album, originally intended to be released in 1963 to mark the centennial of the Emancipation Proclamation, was released in the fall of 1960 due to the severity sparked by the sit-ins in Greensboro, NC, and the urgency of the growing civil rights movement in the United States and in South Africa. In Roach’s Freedom Day he asks “Freedom itself was so hard to grasp…we don’t really understand what it really is to be free.”