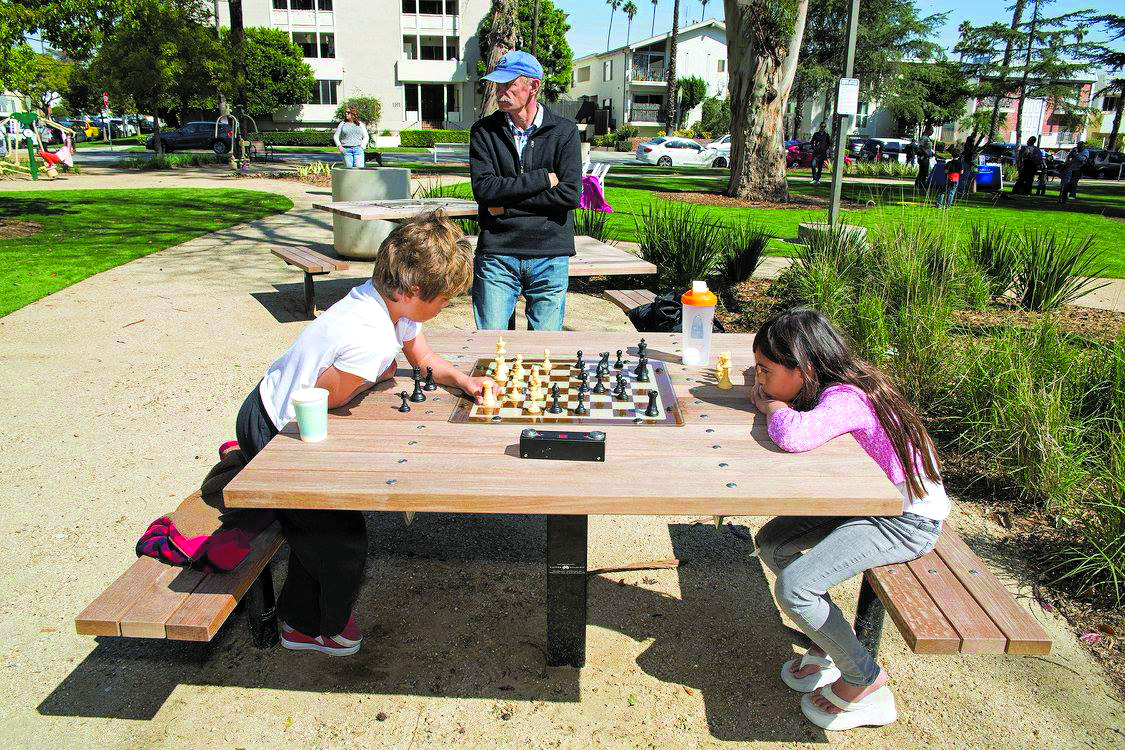 Citywide event “Come Play!” was held Saturday, Feb. 25 in celebration of Santa Monica’s many parks. The daylong event was held to honor of the grand opening of Ishihara Park on Exposition Boulevard, the renaming of Stewart Street Park to Gandara park, the re-opening of a portion of Reed park on 7th Street, and the completion of a stormwater harvesting and reuse project at Los Amigos Park. The opening of Ishihara Park was accompanied by a number of speeches, primarily about the dedication of Ishihara Park to George Ishihara, and the renaming of Gandara Park, in honor of Joseph Gandara.

John C. Smith, Recreation & Parks Commission Chair, opened the ceremony by introducing city and other officials present at the event, before explaining that both Ishihara and Gandara were World War II veterans and Santa Monica residents. He then introduced City Mayor Ted Winterer.

“Ishihara Park was made possible through community advocacy,” said Mayor Winterer, who explained that the planning of the park had been a continual process that began in 2012, with 135 different name suggestions pitched before the community landed on dedicating the park to Ishihara.

Next to speak was Landscape Architect Mia Lehrer, whose team designed the park. She explained that the use of the park hinges on a number of rooms designed for versatile use from day to day that can accommodate the needs of park-goers of all ages.

“Find me another community that has been able to add to its park space the way Santa Monica has in the past couple decades,” said former Santa Monica mayor and sitting Assemblymember Richard Bloom. He then explained that Gondara was the son of Mexican immigrant who died while storming the beach in Normandie in 1944 after taking out two machine gun nests. He was passed on receiving the Medal of Honor because of his heritage, before being retroactively given the award in 2014. Similarly, George Ishihara fought in the war while the rest of his family was being held in Japanese internment camps established by the U.S. during World War 2.

“We’re able in a small way to redress that wrong by honoring George Ishihara and his family in this beautiful park,” said Bloom.

At each of the parks celebrating the event, a numbers of local organizations were holding activities unique to each space. For example, an eclectic range of musical performances were held at Reed Park, while at Ishihara park a photo booth was set up with a custom photo frame.

At the newly-named Gandara Park, a group of students was gathering together groups of strangers for “family portraits” of sorts.

“We’re trying to get people who are strangers to come together as a family,” said Christy Arimoto. She explained that their project, established in response to data gathered by the Santa Monica Wellbeing Project that cited Santa Monica residents as overall not knowing their neighbors, aimed to remedy that sense of disconnect between fellow Santa Monica residents. It’s just as much about the process as the photo itself, she explained, in that it requires being close with strangers for a short period of time.