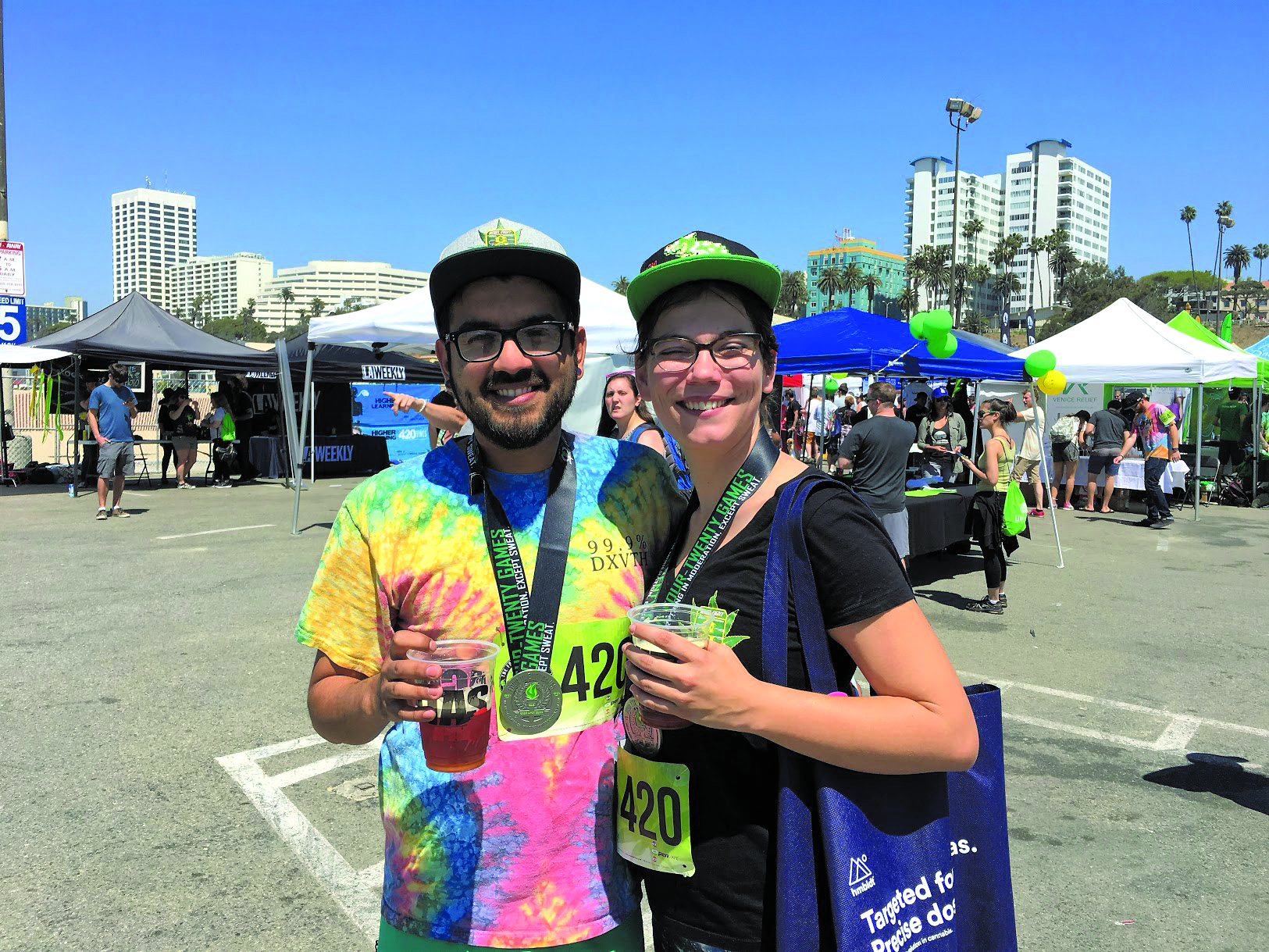 Since 2013, the 420 Games has hosted 4.2 mile treks in a number of cities in the U.S., including its first home in San Francisco as well as Seattle, Portland, Denver, Phoenix, Las Vegas, and now Santa Monica for the second year in a row. The events aim to offer an opportunity to partake in physical activity for its participants as well as showcase cannabis business and culture in a safe and regulated environment. This past Saturday, April 1, was the date of the second annual Santa Monica 420 Games, which began with a 4.2 mile loop from the Santa Monica Pier to Venice Beach and back, and included a daylong event at a makeshift village set up in the northwest parking lot of the Santa Monica Pier.

Participants were encouraged to partake in the 4.2 mile loop however they saw fit, whether walking, running, skating, biking or however else they saw fit to travel. While these events generally encourage participants to run, Operations Director Paul Ortiz explained that some past events have focused on other means of transportation, including a paddleboard loop at Lake Tahoe one year.

The village, which included over 80 booths by a wide variety of businesses in the cannabis industry, was packed with hundreds of participants, some of whom had participated in the race, but most of whom were solely there to visit some of the display booths or participate in some of the day’s other activities. These included yoga, a beer tasting by Lagunitas, a fitness challenge, a halfpipe with professional BMX bikers and skaters, and more.

“We’ve almost doubled in size from the first year being here,” said Ortiz.

One of the 420 Games’ priorities is cannabis education, with both moderation and de-stigmatization noted as two of its priorities. A number of cannabis advocacy groups set up tables at the event in order to promote knowledge of healthy and responsible cannabis use to event patrons.

“Everyone we work with says it’s a great crowd. We’re happy to put a good name on the industry,” said Ortiz.

For more information about the 420 Games, visit 420games.org.