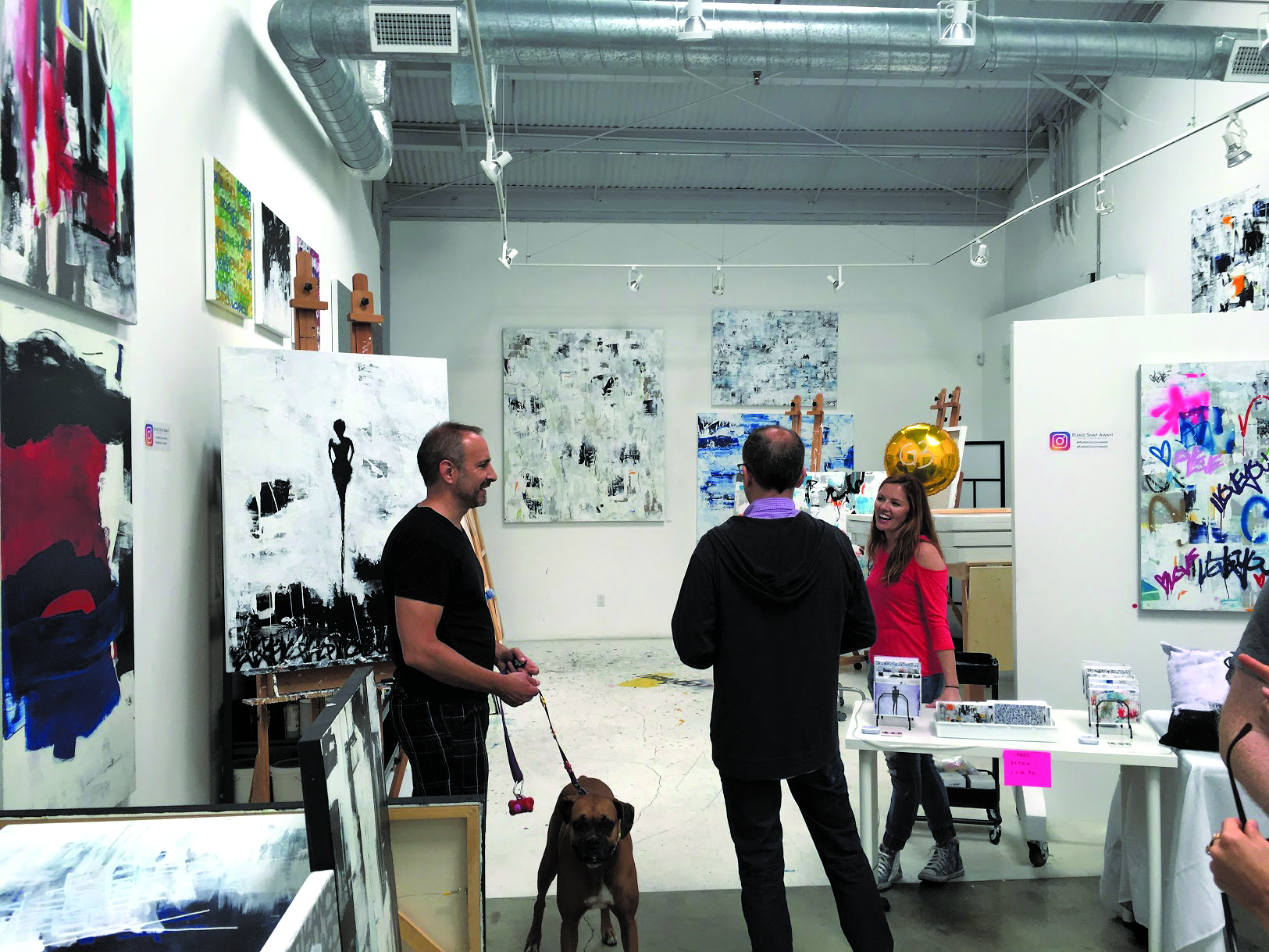 Bergamot Station hosted their 2nd annual complex-wide Spring Fling Saturday, including participation from over 40 galleries and businesses; both by galleries located in Bergamot Station and pop-ups from outside vendors. Around Christmastime, Bergamot hosted a holiday open house, with some of the same vendors and performers, but the spring event is bigger, and boasted more for visitors to see and do.

The event opened at 10 a.m. with a silent disco yoga workshop hosted by YogaWorks. Then, artist talks, multiple musical performances, an interactive DJ booth, a live theatrical production, games and a live painting demonstration followed. Multiple food trucks were present at the event, as well as sausages and beer in Bergamot Station’s cafe space, with beer provided by Santa Monica Brew Works. A few “after hours” events followed into the evening.

In addition, many of the galleries located in the complex had special sales on books, prints or pieces and featured some outside vendors as well.

The William Turner gallery, for example, which was showcasing the works of artist Ed Moses, set up a table to sell gallery catalogs, alongside a pop-up featuring the jewelry of the gallery’s Assistant Director Savannah Sjostrom. She explained that the day’s events brought in many more people than normal to both the gallery and her jewelry, which she normally sells elsewhere in L.A., as well as New York and New Orleans.

At the dnj Gallery, which was featuring the works of photographer Ellen Cantor, children were invited into an interactive library, where they could read and take home books, as well as design their own book covers. This was inspired by Cantor’s exhibit, which was comprised of photos based on the books of her childhood.

“We wanted to do something interactive that went with the exhibition,” said gallery Manager Corey Grayhorse.

The majority of galleries in the space held similar promotions or special events, making the day a real treat for attendees.

For more information on upcoming events and the galleries at Bergamot Station, visit bergamotstation.com.