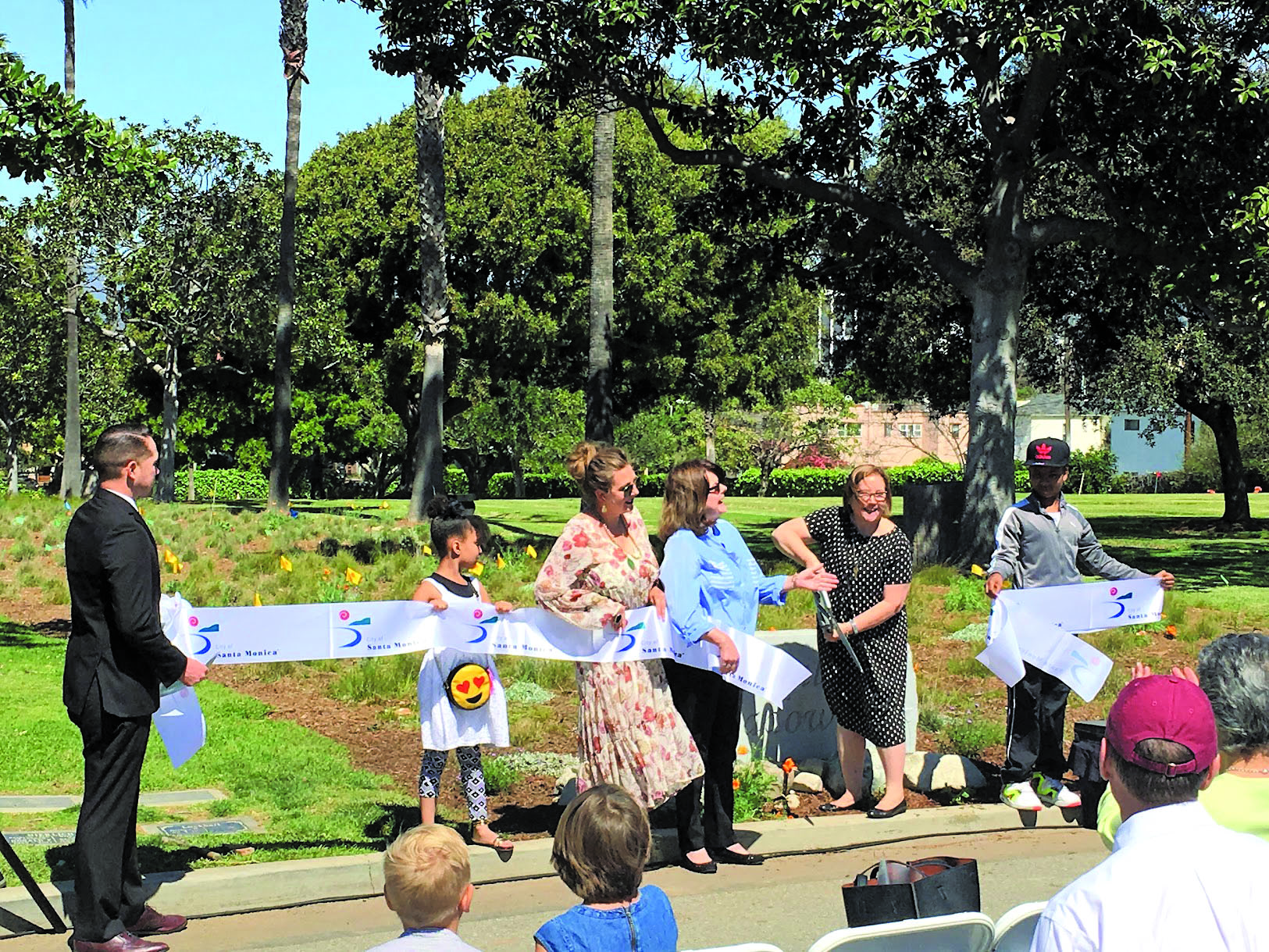 Woodlawn was certified as a Hybrid Cemetery by the Green Burial Council in 2015, meaning it offers green burials – natural wood caskets or fabric shrouds which allow the body to decompose into the earth in which its buried.

“There’s no toxic chemicals, there’s no concrete vault. You can be buried in a natural shroud or natural casket and placed directly into the earth. And we’ll provide native seedlings to plant over your loved one’s grave site,” said funeral director Adam Lopez, explaining the green burial process. “Santa Monica is a green city, so we’re trying to help with sustainability.”

Saturday saw a launch event mark eco-internments, with the series of speeches by Cemetery Administrator Cindy Tomlinson, Mayor Pro Tempore Gleam Davis and City Manager Rick Cole.. During his speech, Cole explained that the first person to be buried in the Eternal Meadow was political activist Tom Hayden.

“It’s a more natural way to go out. From the earth, to the earth,” said Lopez.

A series of films were also screened: green burial film “SteelmanTown,” “12 Miles North: The Nick Gabaldon Story” about the famed Santa Monica surfer, and “A Walk Through Woodlawn” shot at the cemetery. Living History Tours also took place, in which men and women buried at the cemetery were portrayed by actors in historically accurate costumes.