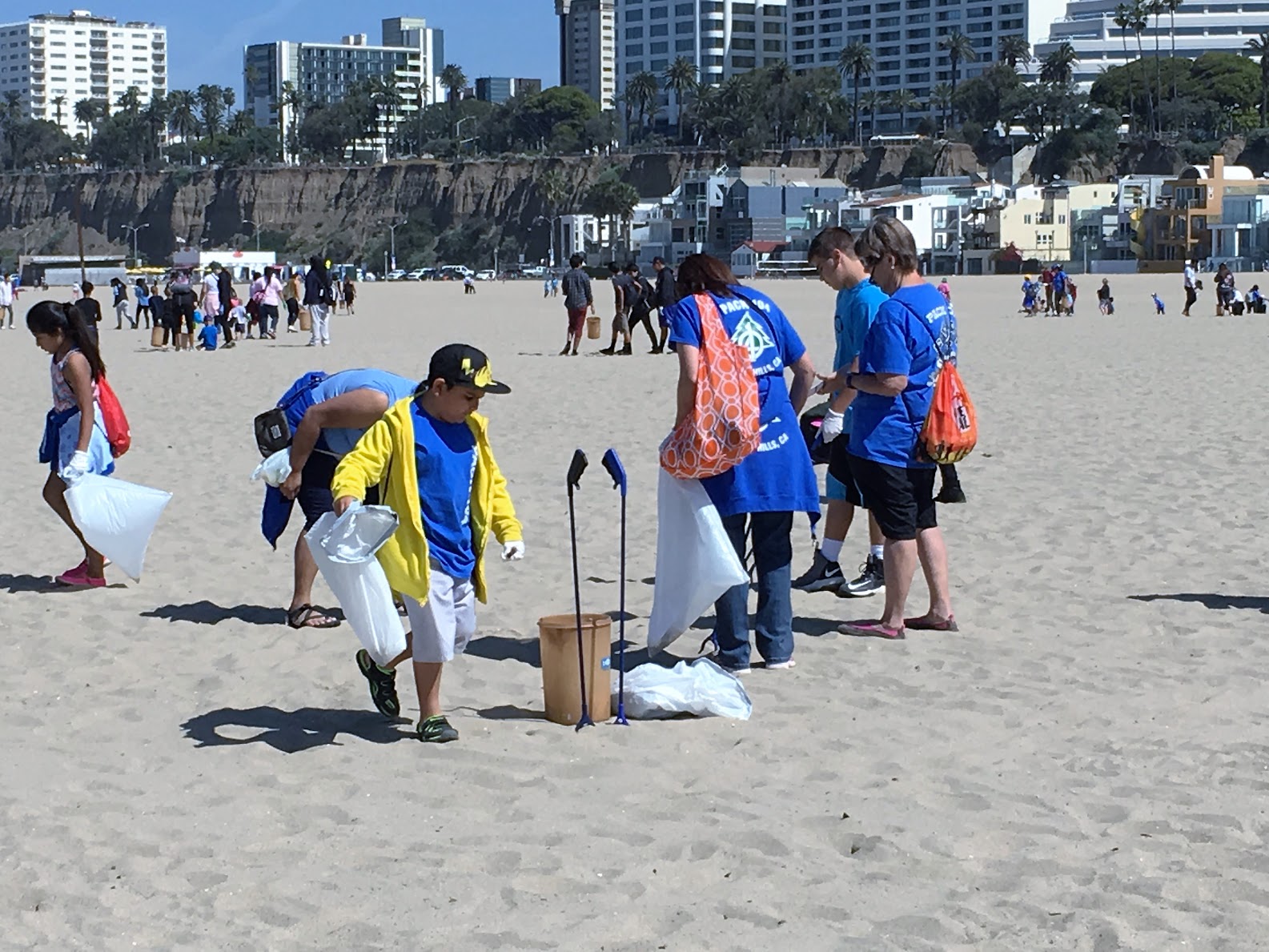 In celebration of Earth Day, Heal the Bay held a “Super Saturday” event April 15, centered around a cleanup of the beach just north of the Santa Monica Pier, with a record-breaking attendance of more than 2,000 volunteers. Nancy Shrodes, Heal the Bay’s Education & Outreach Manager, explained that this was the first time they had to close registration for the event due to the high number of participants.

“I think people just get really motivated and excited by Earth Day,” said Shrodes. “A beach cleanup on a beautiful day fits the bill.”

Typically, Heal the Bay’s beach cleanups attract 500 to 1,000 volunteers, Shrodes explained, so Saturday’s attendance was quite a bit larger than usual.

The many volunteers who could be seen on the beach throughout the morning carrying buckets and logging the trash they collected on forms provided by Heal the Bay were a mix of individuals participating simply to improve the environment, and through initiatives organized by larger groups.

Ashley, one volunteer, explained that she simply decided one day that she ought to help clean up local beaches after walking around Playa Del Rey and noticing a large amount of trash in the area. A Google search led her to Heal the Bay, and Saturday’s event was her first organized beach cleanup.

Mimi, another volunteer, participated as part of a group organized through UCLA. Mimi is an alumni, and was one of 30 volunteers who came through the school’s initiative.

“I live in Santa Monica so I come out here and pick up trash periodically. I do my own thing,” she said, explaining that being retired allows her the time to take part in cleaning up the beach from time to time.

Disclosure Fest was another organization participating in and contributing to the event. They’re a newly formed group organizing a mass meditation initiative in June in Los Angeles State Historic Park in June, sponsored in part by Heal the Bay. In turn, they hosted a meditation session for early morning attendees. Their volunteers also participated in the beach cleanup.

“Super Saturday” also included a sandcastle competition and an Aquarium open house for beach cleanup volunteers, including a number of family friendly activities. For more information about Heal the Bay, visit healthebay.org.