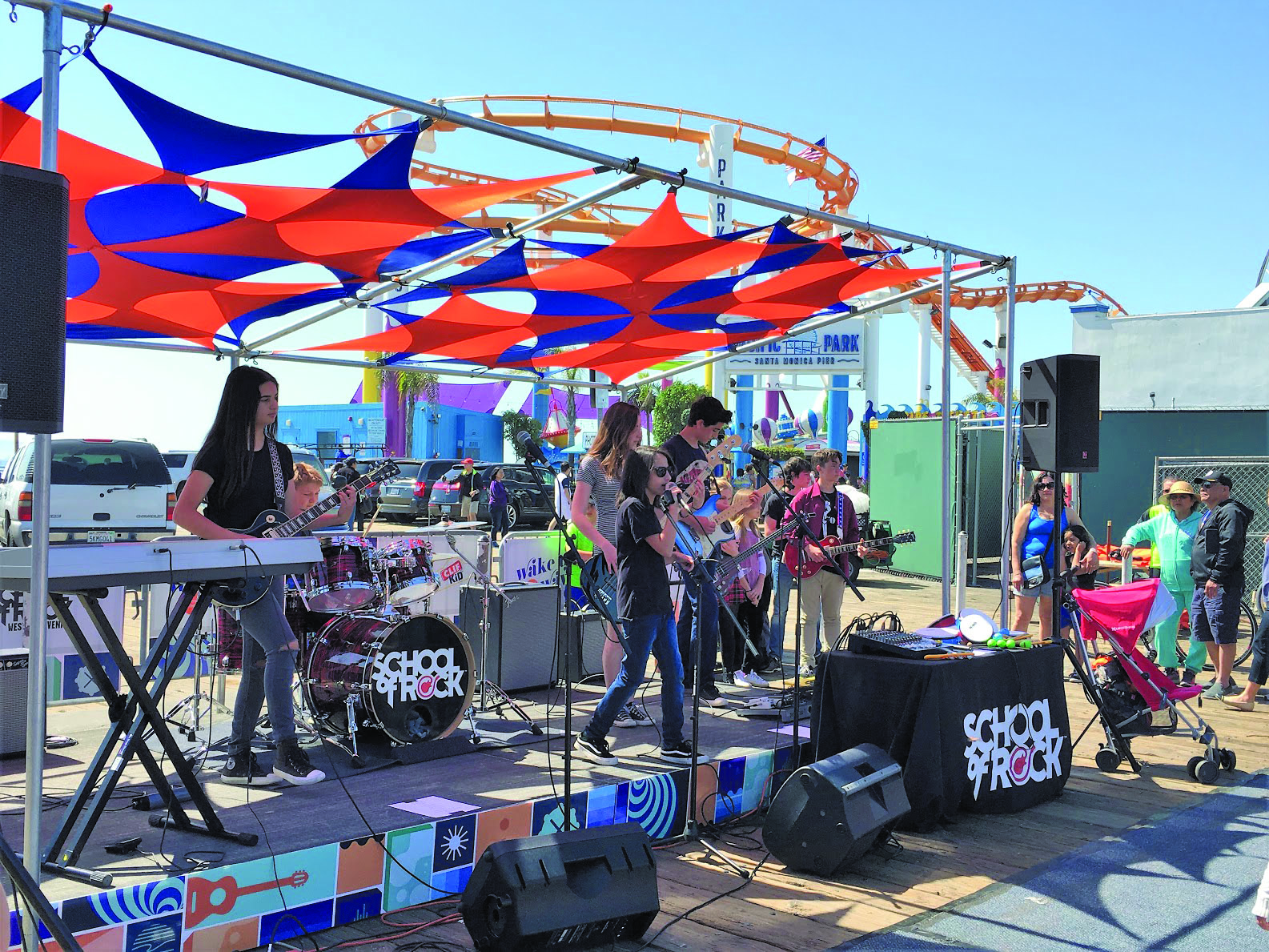 Starting this past Saturday, April 15, and continuing through May 20, Santa Monica Pier will be host to a weekly children’s music education and concert series called Wake Up With the Waves. While the event series is now in its 10th year, this year is the first time they’re featuring performances from students at the West L.A. School of Rock, part of the chain of rock ‘n’ roll educational centers on which the Richard Linklater film was based.

“In the past we’ve booked different children’s bands,” said Jay Farrand, Director of the Pier Corp, who do free commu∆nity programming on the pier. “This year, School of Rock is taking over the talent portion.”

The day’s events begin with a guided jam session for kids of all levels of musical experience, during which percussion instruments are handed out to participating children, as a School of Rock instructor explains basic music theory. The kids play their instruments to a backing track with accompaniment from an onstage School of Rock student.

“This can be some of their first music experience, getting hands on with the instruments,” said Farrar. “And there’s been so much research about kids, music and brain development,”

To the delight of the dozens of children playing percussion, there was a special drop-in by Iggy the Octopus, an octopus-costumed Pier mascot.

Then, the student band performed. Farrand explained that this partnership gives the school’s students a chance to perform for a public audience for the first time on the pier. This past Saturday’s setlist included rock ‘n’ roll classics like Creedence Clearwater Revival’s “Fortunate Son,” Thin Lizzy’s “Jailbreak” and Prince’s “Raspberry Beret.”

For more information about Wake Up With the Waves, visit santamonicapier.org/wakeupwiththewaves