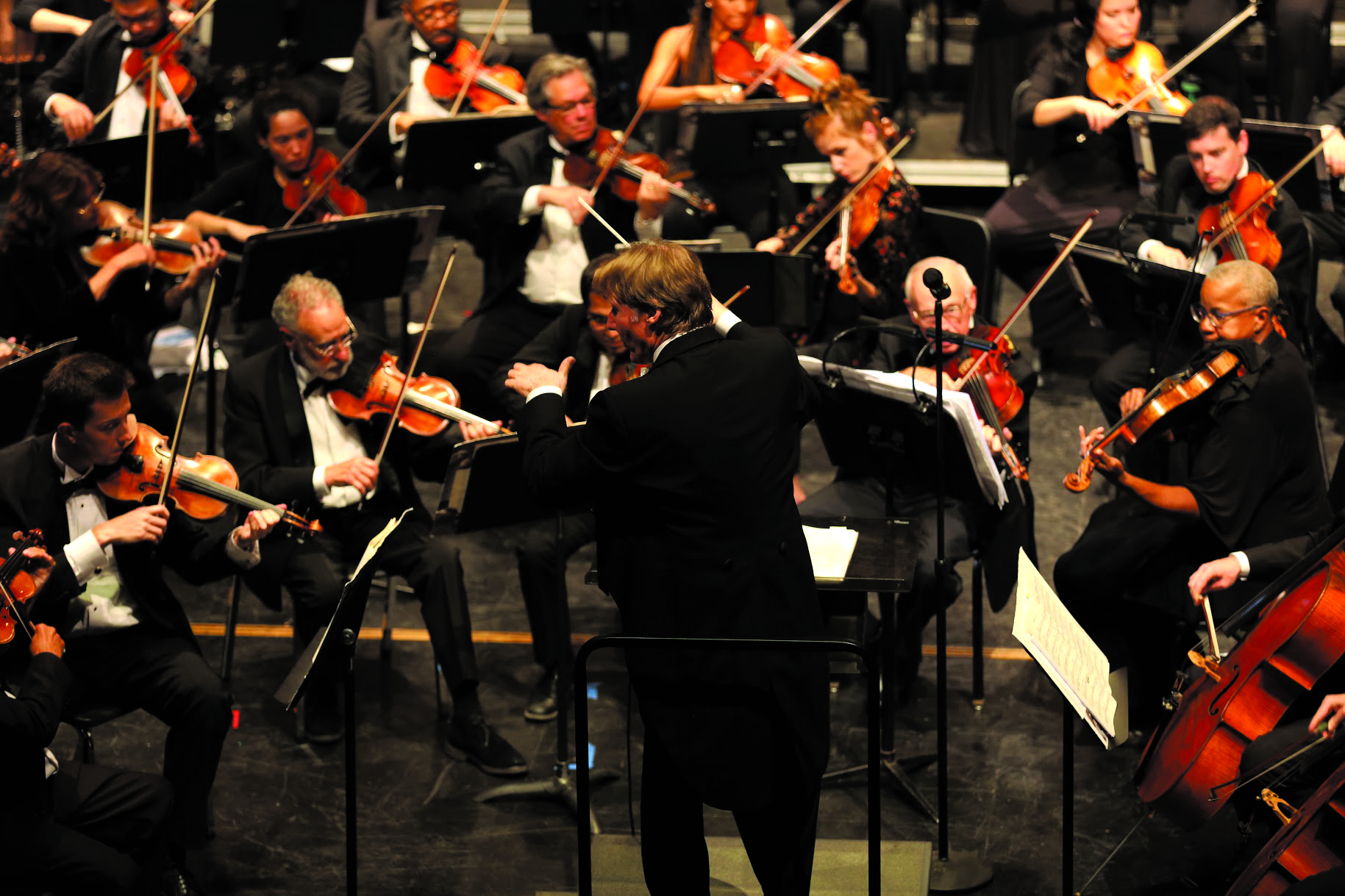 Santa Monica Symphony performed “one of the most celebrated and majestic works ever composed – The Verdi Requiem” Saturday at Barnum Hall.

Maestro Guido Lamell, who also serves as a violinist with the L.A. Philharmonic, was thrilled for the opportunity to conduct and perform this wonderful piece. “I just love it,” he commented. “It is breathtakingly beautiful and whenever the Philharmonic has performed it, I’ve always felt swept away by its grandeur and heavenly musical themes.”

The composer of the piece, Giuseppe Verdi, is known for his operatic works, which Lamell called some of “the most dramatic and most powerful” ever written. His Requiem was inspired by the death of Allesandro Manzoni, an Italian poet and novelist. The work was premiered in 1874 and was quite popular from the outset. It has been performed countless times since then, including one notable performance during World War II by a Jewish choir of 60 singers who were prisoners at the Terezin concentration camp, 40 miles northwest of Prague. Jewish conductor-pianist, Raphael Schächter, organized the group to sing the piece, which speaks vividly of divine judgment conquering evil.

Lamell said the piece requires great technical skill from everyone involved: the orchestra, the choir, and the four soloists. “This is a tremendous challenge for all of us,” Lamell said. “Even Beethoven’s Ninth Symphony, which the orchestra performed two years ago and which has that fabulous and famous choral section in the last movement, does not begin to approach the complexity of this work.”