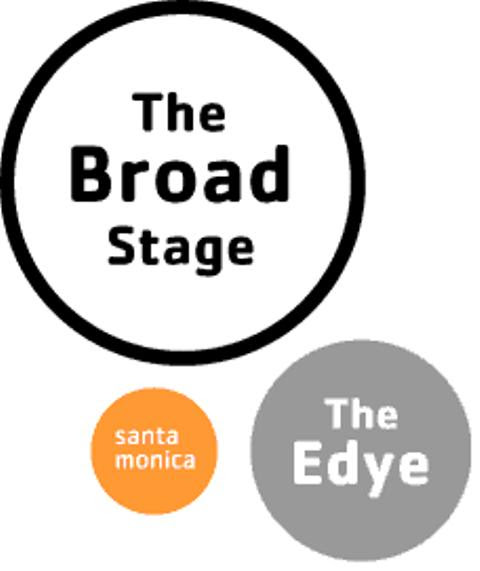 Executive Director Jane Deknatel said, “We are celebrating our 10th season in a big way with major theatre pieces – a bound for Broadway musical based on the life of BeBe Winans, the off-Broadway hit Small Mouth Sounds and Bedlam Theatre bringing the two pieces that established their reputation.

We offer a full menu of jazz & blues, classical, world, and concert artists, residencies from the popular Impro Theatre, Calder Quartet and new and continuing partnerships.  An announcement of our opera series will follow soon.  This all makes for very diverse and bountiful programming.”

“Our season now begins in July, and we are expanding our offerings throughout the entire calendar year. In this joyous season we are giving our entire audience unique ways to commemorate ten years of adventurous and eclectic programming – by having parties in almost all of our performance categories that celebrate our audiences and performers alike.  This Celebrations at The Broad Stage series will commence with a Bob Fosse tribute with Ben Vereen and an all-star cast on September 14.”

An electric mix of theatrical offerings highlights The Broad Stage’s landmark 10th Season.   In the Eli and Edythe Broad Stage, the season kicks off with BeBe Winans’ Born for This(July 11 – August 6), which had hit runs at Arena Stage in D.C. and Alliance Theatre in Atlanta.  This uplifting musical about the Winans family dynasty and Praise the Lord Network will play The Broad Stage on its journey to New York.  Drama Desk Award winner Bess Wohl’s Small Mouth Sounds addresses life’s biggest questions as words are failing us (January 11 – 28).  Variety called the play, “flawless.” The New York Times said, “It will leave you moved, refreshed and enlightened.”

Acclaimed New York Theatre Company, Bedlam, brings their groundbreaking repertory to Santa Monica with the two productions that made their reputation — Hamlet + Saint Joan(April 5 – 15), each with four actors, stripped down to its theatrical essence.  Over its five-year history, of the company’s eight productions, six have been New York Times Critics’ Picks.

In the Edye, Shakespeare his wife and the dog explores a sleepless night in Stratford with William Shakespeare and his wife (Jan 18 – 28). Broadway Baby calls the show, “wonderfully written and beautifully acted.  If you ever loved Shakespeare’s work, this show will remind you why.”

Broad Stage favorites, Impro Theatre’s UnScripted Season will feature ten improvised full-length plays (including one for the entire family) in a host of styles including Stephen Sondheim, William Shakespeare, Tennessee Williams, Anton Chekhov, and The Twilight Zone. The Los Angeles Times calls Impro Theatre, “One of the funniest evenings in town … an amazing comedy troupe spins an entire play into comedy gold right before your eyes.”

This season’s dance programming combines local, national and international artists – starting with Dance Theatre of Harlem; founded in 1969, this internationally-renowned company bring their style of neo-classical and contemporary ballet with a program spanning the past twenty five years: Dancing on the Front Porch of Heaven (1993), Return(1999), and Vessel (2014) (April 20-21).

LA’s Versa-Style Dance Company pushes the boundaries of hip-hop, weaving together the complex personal landscapes of Los Angeles.  Versa-Style will also perform for an all-student matinee performance (September 23).  Canada’s Kidd Pivot and Electric Company Theatre present Betroffenheit choreographed by Crystal Pite and written by Jonathan Young (February 14-16).  The Globe and Mail said, “Betroffenheit is a stunning testament to what can happen when life turns into art.” The dance season concludes with another Los Angeles based company, Barak Ballet, led by choreographer Melissa Barak (June 29-30).

Quincy Jones continues his collaboration with The Broad Stage to present two attractions. Quincy Jones said Eli Teplin (August 4, 2017) “sings from the soul and writes from the heart; he’s absolutely real and I love that about him … this cat has such a distinct voice and there’s no doubt that he’s got IT!”  The other, Richard Bona and Mandekan Cubano – with GRAMMY® nominated will have Cuban pianist, Alfredo Rodríguez opening the evening (March 17).

This season, The Broad Stage is deepening connections with local organizations through an Arts and Lectures series, aimed at deepening discussion and community involvement surrounding the arts.  Upcoming partnerships include two evenings of poetry with Red Hen Press (July 9, December 10), The Crossroads Project: Rising Tide (September 3) a unique collaboration of science and the arts, ARTISTS TALK co-presented with Sotheby’s Institute of Art (September 25, February 26), and Author Talks co-presented with DIESEL, A Bookstore (Dates TBD).