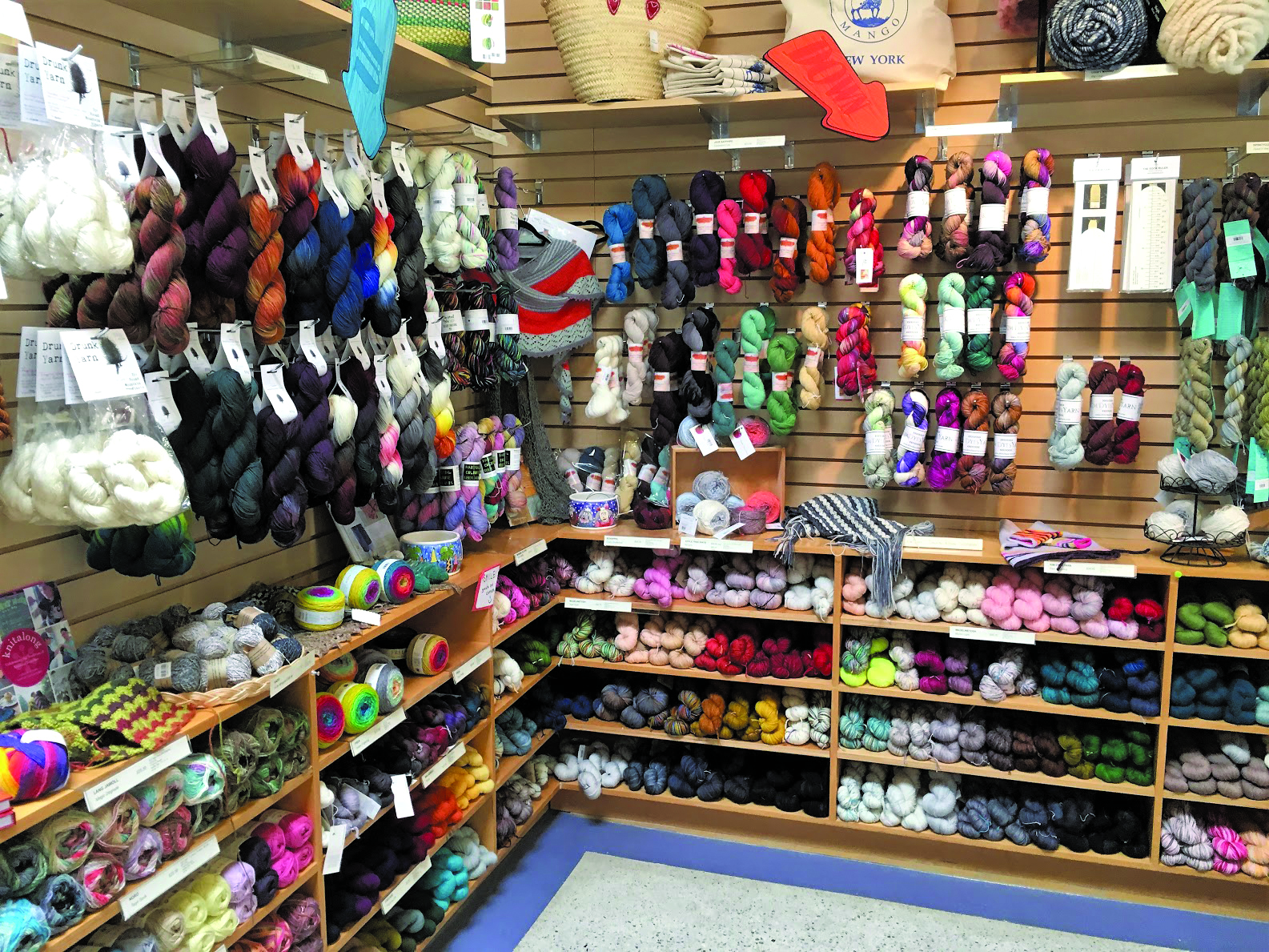 This year marks the sixth year in a row that yarn stores across Los Angeles and neighboring cities have participated in the annual L.A. Yarn Crawl. Yarn Crawl aims at promoting local yarn stores through store-specific activities and interactive promotions that span the entire lineup of participating stores. Wildfiber, located on 14th Street, Santa Monica, represented the city throughout the four day event, which began on April 6 and lasted through the 8th.

“It’s really to encourage knitters and crocheters to not just visit your local yarn store but see what’s out there,” said store co-owner Teri Artinyan.

All participating stores provide attendees with a unique pin, which can be added onto a tote bag designed for the event with spots for all 21 participating stores and host a prize drawing. In addition to their big grand prize drawing, Wildfiber gave out seven additional prizes each day, and also showcased handmade pottery and jewelry designed to include morse code for “knitter” and other yarn-centric terms. In the evening, local street food vendor the Chori-Man served homemade chorizo tacos and quesadillas.

“It really is an exciting event. People take time off work to participate,” said Artinyan.

One couple at Wildfiber Saturday had traveled from San Diego to participate in the crawl and had already collected pins from all stores participating from the greater L.A. area. Other Yarn Crawl participants came from as far as Las Vegas and Arizona.

“It goes as far east as La Verne, down to Santa Clarita, down to Long Beach, and up as far as Santa Monica,” said store co-owner Claudia Seizer, describing the expanse of the stores participating in the event.

Artinyan explained that the recent Women’s March brought in a surge of interest in knitting and crocheting, both from people who had never knit before, and some who were coming back to knitting after 20 years. Knitted pink “pussy hats” became a staple of the march, and Wildfiber helped provide materials and instruction for anyone interested in making one.

Part of Wildfiber’s large selection of yarns includes hand-dyed yarns not available anywhere else in L.A. County, from brands like Hue Loco and Round Mountain. The Yarn Crawl encourages its participants to discover these features that make each store unique, and explore the community of likeminded knitters and crocheters.

“It’s a great, therapeutic activity. Something good for the mind and soul. Something you can share with everyone,” said Artinyan.

For more information about Wildfiber and a list of upcoming events, visit wildfiberstudio.com.