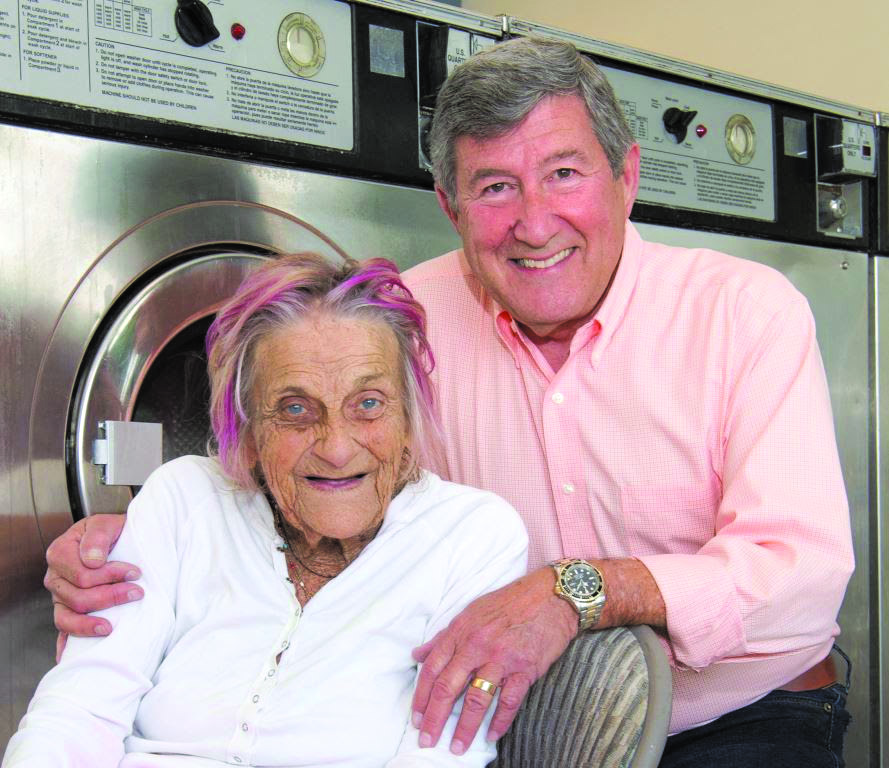 Six local residents are being honored for their efforts to improve the lives of others at WISE & Healthy Aging’s annual “Celebration of Caring” event May 20. The Mirror will include each of them in our series throughout the month of May.

The “Compassion in Caring” award will be presented to laundromat owner Stan Fox, with special recognition of filmmaker Yaniv Rokah, for the supporting roles they played in the real-life journey of Marie Elizabeth Haist, a former housewife who became homeless in her 50s. Rokah created last year’s acclaimed documentary, “Queen Mimi,” that followed Haist over a five-year period.

On a rainy night in the early 1990s, Fox received a call from the janitor at his laundromat on Santa Monica’s Montana Avenue, who asked if the homeless woman who had been wandering the area could sleep inside his business. Fox realized this would be a huge liability risk, but it didn’t take long for the longtime Rotarian to say yes, prompted in part by the weather conditions and in part by the Rotary’s philosophy of service above self.

For the better part of the next 20 years, the laundromat provided a dry, warm, safe place for her to stay.

The woman pushing the laundry cart full of belongings caught the attention five years ago of Yaniv Rokah, an aspiring actor working as a barista at Caffe Luxxe across the street. Curiosity led him to establish a friendship and start piecing together Haist’s story. The result was released last year as the documentary “Queen Mimi,” which tells how the woman who once lived the comfortable life of a housewife ended up homeless, slept on the streets of Los Angeles and Santa Monica, ate discarded leftovers and eventually became friends with comedian and actor Zach Galifianakis, actress Renee Zellweger and Rokah.

“Mimi is special in many ways for me and our community,” Yaniv said. “I felt obliged to tell her story.”

For more on the awards head to wiseandhealthyaging.org.