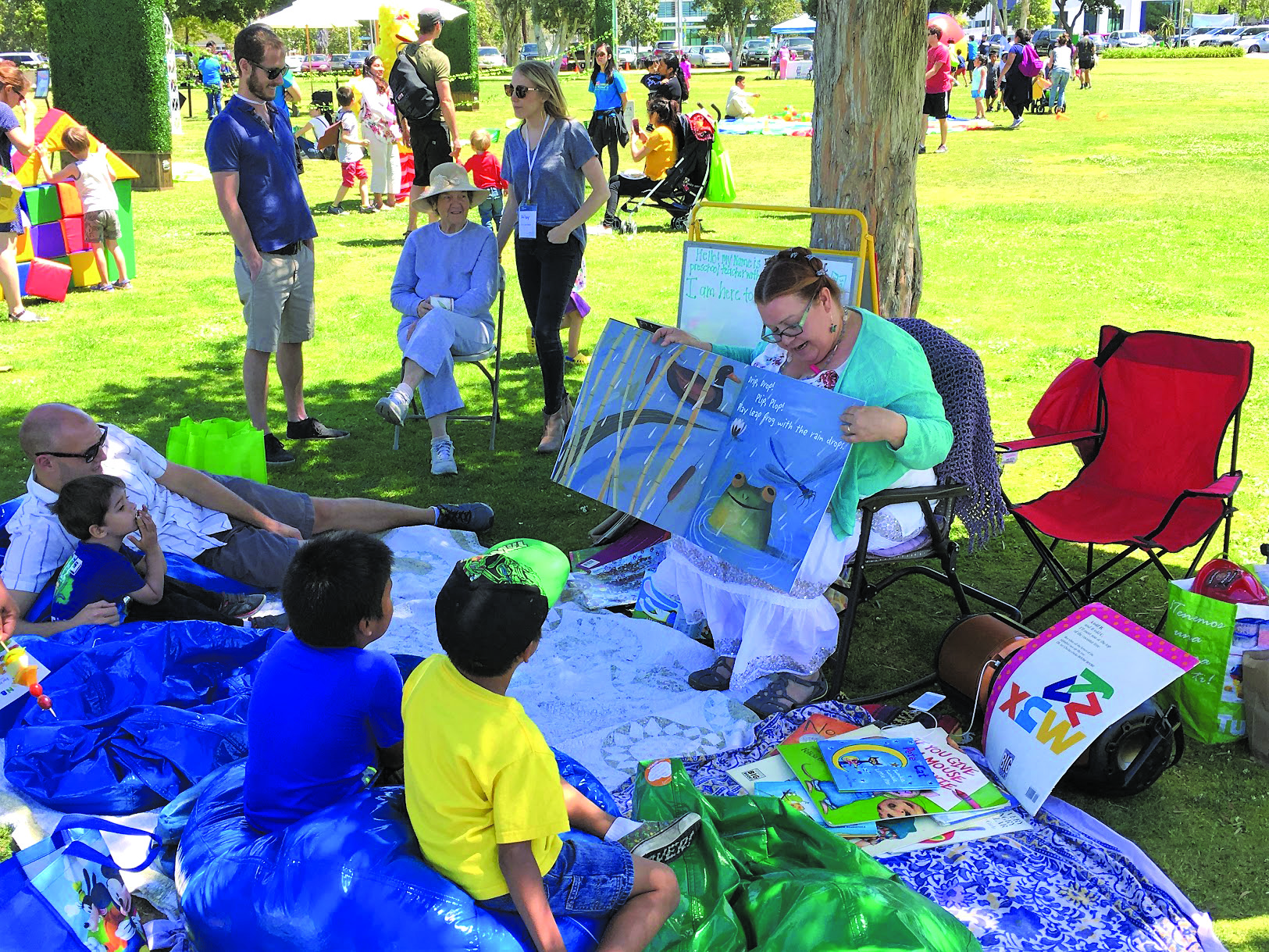 For the third year in a row, Virginia Avenue Park and the Pico Branch Library played host to the annual Arts & Literacy festival, Saturday, April 29, aimed at preparing local toddlers for Kindergarten. The festival was established after the Santa Monica Wellbeing Project found just one-third of Santa Monica’s 5-year-olds to be adequately prepared for school.

According to Virginia Avenue Park Director Carla Fantozzi, who co-produced the event with Sylvia Cisneros, this year’s event was bigger and more popular than last year’s, with more booths, more participants, and more things to do overall, including a secret garden to reflect this year’s springtime theme. Children and adults were invited to read inside the garden, which included hedges and shaded areas.

In order to boost engagement with vendors, many of which were organizations promoting education, and mental and physical well-being, children were given explorer cards that could be stamped at each booth. Once the card was full, they could exchange it for a book.

“All the booths and the agencies have been encouraged to do interactive activities,” said Fantozzi, who explained that in addition, each booth had its own individual giveaway.

For the first time, this year’s festival also hosted a reading by an author, Salvadoran Children’s Book author Rene Colato Lainez reading from his works. This was part of a program through which multicultural authors read at the library, and any child who attended three events, including the reading by Lainez, was entered into a raffle to win a bike.

In order to promote the festival, which is aimed specifically at Santa Monica locals, stickers were handed out at local preschools saying “take me to the festival.” By mid-day, about halfway through the festival, parts of the park were packed with kids accompanied by their parents or caregivers partaking in the festival’s many activities.

For more information about upcoming events at the Pico Branch Library, visit smpl.org.