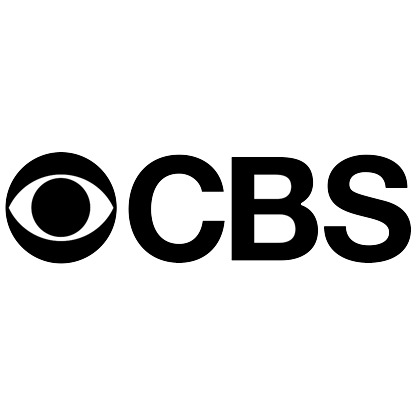 CBS aired nine of last week’s 13 most-watched programs to finish first in the prime-time ratings race for the eighth consecutive week, according to live-plus-same day figures released Tuesday by Nielsen.

CBS averaged 6.21 million viewers for its prime-time programming between April 24 and Sunday for its 19th victory in the 32-week-old season, despite not airing original episodes of three of its four most-watched dramas of the season,”NCIS,” “Bull” and “NCIS: New Orleans.”

Fox averaged 2.43 million viewers to finish fourth among the broadcast networks for the 12th consecutive week since it aired Super Bowl LI.

The week’s most-watched program was the CBS comedy “The Big Bang Theory,” which averaged 12.515 million viewers.

NBC’s most-watched program was the Tuesday episode of “The Voice,” third for the week, averaging 9.631 million viewers.

“Empire” was the week’s third most-watched program by viewers ages 18- 49, averaging 2.739 million viewers among the group targeted by Fox, ABC and NBC and coveted by advertisers.    The premiere of the NBC comedy “Great News” was second in its Tuesday 9- 9:30 p.m. slot and 32nd for the week, averaging 5.134 million viewers. It retained 53.3 percent of the audience of “The Voice” that preceded it.

Among viewers ages 18-49, whose response will likely determine its fate, Great News” was also second in the time slot, behind TNT’s coverage of the of Game 5 of the Houston Rockets-Oklahoma City Thunder NBA playoff series, and 26th for the week, averaging 1.526 million viewers.

Retention of viewers ages 18-49 is among the factors executives consider when deciding whether to renew a series.

Viewership for premieres are often unrepresentative of how the series will fare due to the heavy promotion they receive and because viewers initially interested in the concept may not return for future episodes.

NBC was the most-watched network among viewers ages 18-49 for the second consecutive week, averaging 1.37 million.

ESPN’s coverage of the first round of the NFL draft was the most-watched program among the group, averaging 3.579 million viewers. “The Big Bang Theory” was second, averaging 3.278 million.

CBS, NBC and ABC each broadcast 22 hours of prime-time programming and Fox 15 hours.

Fox News Channel finished 2,000 viewers ahead of TNT to return to the top of the cable ratings after a one-week absence, averaging 2.309 million viewers for its fourth victory in five weeks and 13th of the past 15.    TNT was second, thanks in large measure to its NBA playoff coverage, averaging 2.307 million.    Sports accounted for each of the week’s five most-watched cable programs, topped by ESPN’s coverage of Thursday’s first round of the NFL draft, which averaged 6.695 million viewers, 18th overall.    Viewership was up 6.4 percent from last year’s average of 6.29 million, but down 4.8 percent from the 2015 average of 7.03 million and 32.6 percent from the record average of 9.94 million in 2014.    NFL Network’s first-round coverage averaged 2.531 million, 24th among cable programs and 95th overall.    Only four prime-time programs last week averaged more than the combined audience of 9.226 million for the first round of the NFL draft, “The Big Bang Theory,” “Dancing with the Stars” and two episodes of “The Voice.”    Four NBA playoff games on TNT followed ESPN’s NFL draft among the week’s most-watched cable programs.    The most-watched non-sports cable program was the Monday edition of Fox News Channel’s “Tucker Carlson Live,” which was sixth among cable programs and 60th overall, averaging 3.176 million viewers.

Longtime leader Univision averaged 1.67 million viewers to be the most- watched Spanish-language network for the 25th consecutive week and 27th time in 28 weeks.

The “NBC Nightly News with Lester Holt” averaged 7.645 million viewers to be the most-watched nightly network newscast for the second consecutive week after finishing second six of the previous seven weeks.

The “CBS Evening News” was third, as it has been throughout Scott Pelley’s more than five years as anchor, averaging 6.132 million viewers.