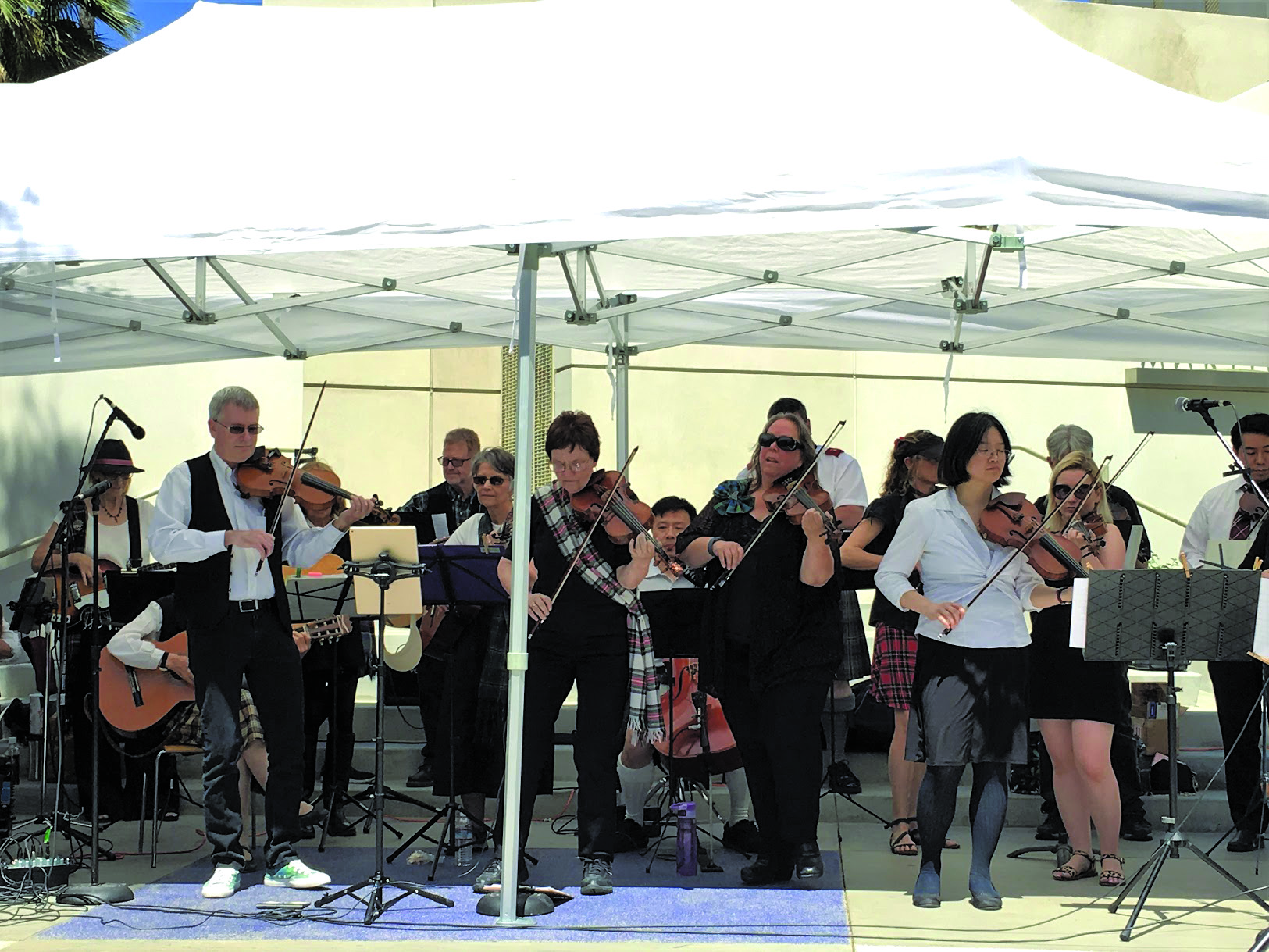 Santa Monica Public Library’s Main Branch hosted a fabulous outdoor concert Saturday April 29, featuring the Scottish Fiddlers of Los Angeles. The group, which consisted of 18 of its dozens of members, played a selection of songs that delved into Scottish folk music tradition, with some Scandinavian, Welsh and Irish works included in their program due to their influence on what became Scottish folk music.

The Fiddlers formed in 1981, and has been led by bandleader and director Jan Tappan since 1989. Tappan began playing violin as a child, before taking a break for 20 years. Eventually she introduced the instrument to her musically-inclined daughter, who went onto become an opera singer. Tappan kept playing the violin, becoming heavily involved in Scottish folk music shortly thereafter. The group’s members come from cities throughout of the greater L.A. area.

“One of our members lives out here and said it would be a perfect thing,” said Tappan. “We usually do a concert in Pasadena at the library there.”

Tappan explained that another part of their repertoire is music from Cape Breton, in the Nova Scotia region of Canada. During a period called “the clearances” in Scotland, landlords found sheep to be more profitable to house than people, leaving Scots to find residence elsewhere, including, notably, Cape Breton. While their musical tradition ended up influencing the music of Scotland, the Scottish Fiddlers of Los Angeles perform some of that music originally found in Cape Breton by Scottish immigrants.

“I wrote one of the tunes we’re going to be playing today. A lot of people write tunes in the tradition,” said Tappan.

Librarian Judith Graham introduced the event, joking that the library had hit the point where they were doing too many programs to an audience of dozens of people of all ages. The group then launched into their tradition-spanning set.