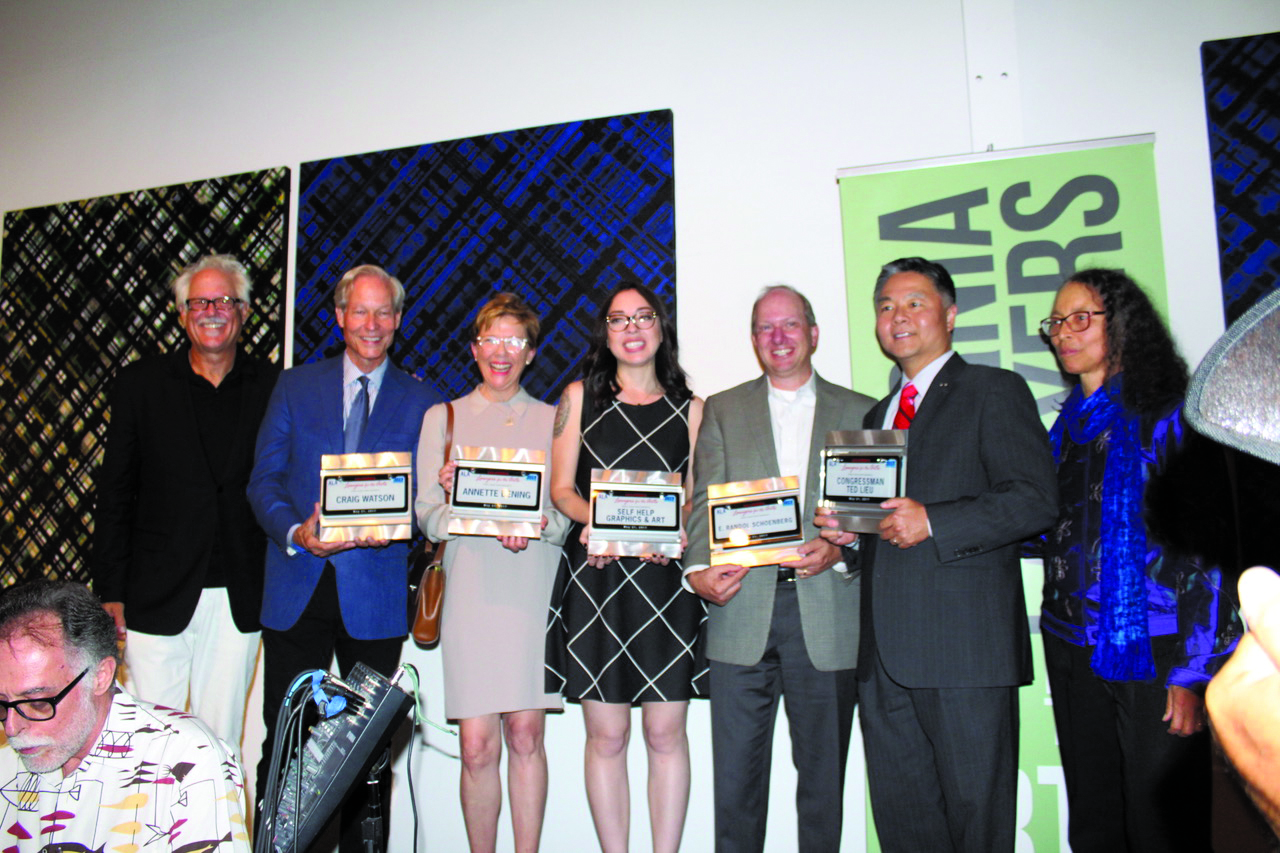 Alma Robinson, Executive Director of CLA, describes award recipients as “leaders whose acts of generosity and examples of innovation have inspired so many others to stretch beyond their comfort zones and take on the challenges of our times. Each of our four honorees has stretched to make a significant contribution to the culture of California:”

Congressman Lieu, who represents California’s 33rd Congressional District, has been a strong advocate for the arts since he served in the California legislature, CLA said. “As a member of the Congressional Arts Caucus, he has advocated for increased funding for the National Endowment for the Arts as a way to bolster the US economy and serve our nation’s veterans. He has also advocated for increased funding for arts education in federal prisons as a cost-efficient way to rehabilitate prisoners,” CLA added.

Actress Annette Bening, a former member of the California Arts Council, has provided extraordinary leadership to restore arts education in our public schools, according to CLA.

“The lens on Chicano and Latino artists has been magnified since 1973 by Self Help Graphics & Art,” the organization said. “Attorney E. Randol Schoenberg, a strong supporter of the arts community, has dedicated his life’s work to the successful recovery of artwork stolen by the Nazi regime during the Holocaust. Schoenberg was portrayed by Ryan Reynolds in the 2015 film Woman in Gold, which depicted the case of Maria Altmann against the government of Austria,” CLA explained.