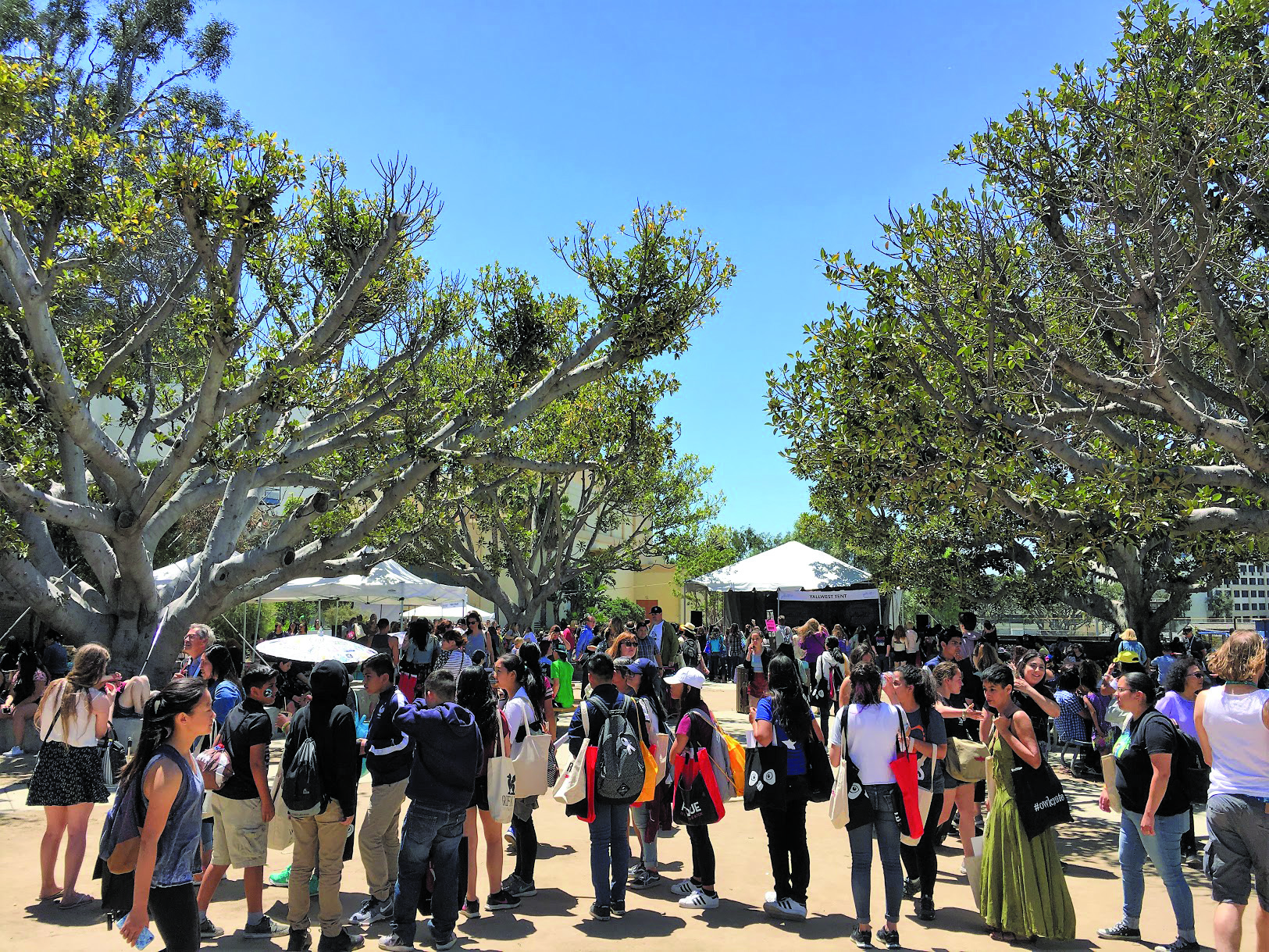 Santa Monica High School came to life Saturday April 29, with thousands of avid readers and literary fans attending the 3rd annual Yallwest. Showcasing everything hip and happening in the world of Young Adult fiction; including publishers, authors, comic and videogame creators, the day centered on words and everything to do with them.

The event kicked off with a preview at the Santa Monica Public Library the evening before, including author signings, giveaways, and a “life-size video game.” The main event began the next morning, featuring over 100 authors and content creators signing and discussing their works. The day’s events included publishers’ and teen-oriented businesses, with booths set up throughout the school grounds.

The Bookish Box, which is a Young Adult fiction-oriented subscription box service, was raffling off its boxes, selling t-shirts they designed for the festival, and giving out tote bags throughout the day. A line already began forming in advance of their tote bag giveaway, as was the trend with most of the day’s signings and giveaways. Bookish Box’s 40-or-so person long line was one of the shorter lines on campus that afternoon, with signings, panels and book giveaways attracting even more people.

“We really like it,” said Justine Brook with The Bookish Box, about the festival’s high attendance and large amount of foot traffic they were getting.

Another of the festival’s contributors was Riveted, the Young Adult website created by Simon & Schuster. Janine Perez, who was there with Riveted, explained that a big draw at their booth was ARCs, which stands for Advanced Reader Copies. These were books given to festival attendees in advance of their release dates.

“It’s great to be able to get these books into the hands of people who really want them,” said Perez.

For more information about this yearly event and a full list of event participants and panels, visit yallwest.com.