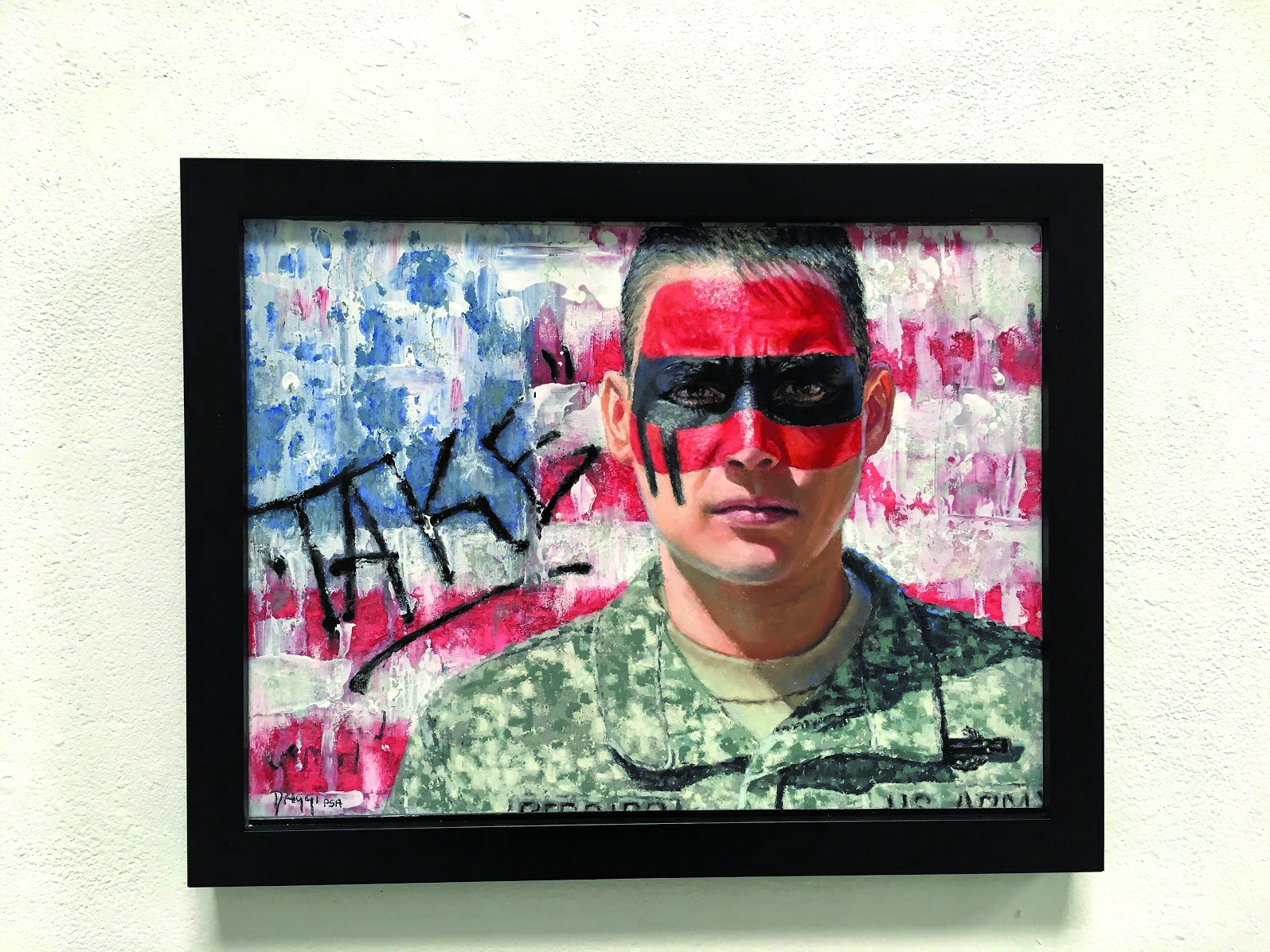 From now to early June, bG Gallery, located at Bergamot Station Arts Complex, will be exhibiting a gallery titled “World Jumble,” with works based on words arranged in into a larger poem of sorts.

The group show, which includes some returning artists and many new to the gallery, began when each artist was assigned an individual word around which to base their work. Each week, a new poet will come into the gallery and arrange the works so that a larger poem will arise from the combination of the individual works.

“The idea is to put it into poetry,” said the gallery’s Head of Collection Consultation Mark Mcalinden.

Airom, who curated and is one of the artists displayed in the exhibit, has curated a number of “gestalt” installations, centered on the idea that a number of individual works can have a greater effect in unison with one another.

“The Word Jumble exhibit came about when I was thinking of ways to create one of my gestalt projects with text,” said Airom.

Poets Doraine Poretz, Nat Sufrin and Joella March will visit the gallery during each of the weeks that the exhibit is open and rearrange the works, so that a new poem is on display each week. The exhibit was designed with a surplus of spaces for displaying works so that each poet has the freedom to arrange them in an entirely unique fashion.

Each artist has taken an individualized approach to their piece. A work by returning artist Daggi Wallace, for example, is based on the word “take” and depicts a U.S. soldier in face paint in front of an American flag. “Sky,” by Tania Sen, incorporates the word in a large font into two clouds, with alternating dark and light patterns. In total, over 20 artists have contributed to the exhibition.

The bG Gallery is located in space G8A at Bergamot Station. For more information on this and other exhibits, visit santamonica.bgartdealings.com.