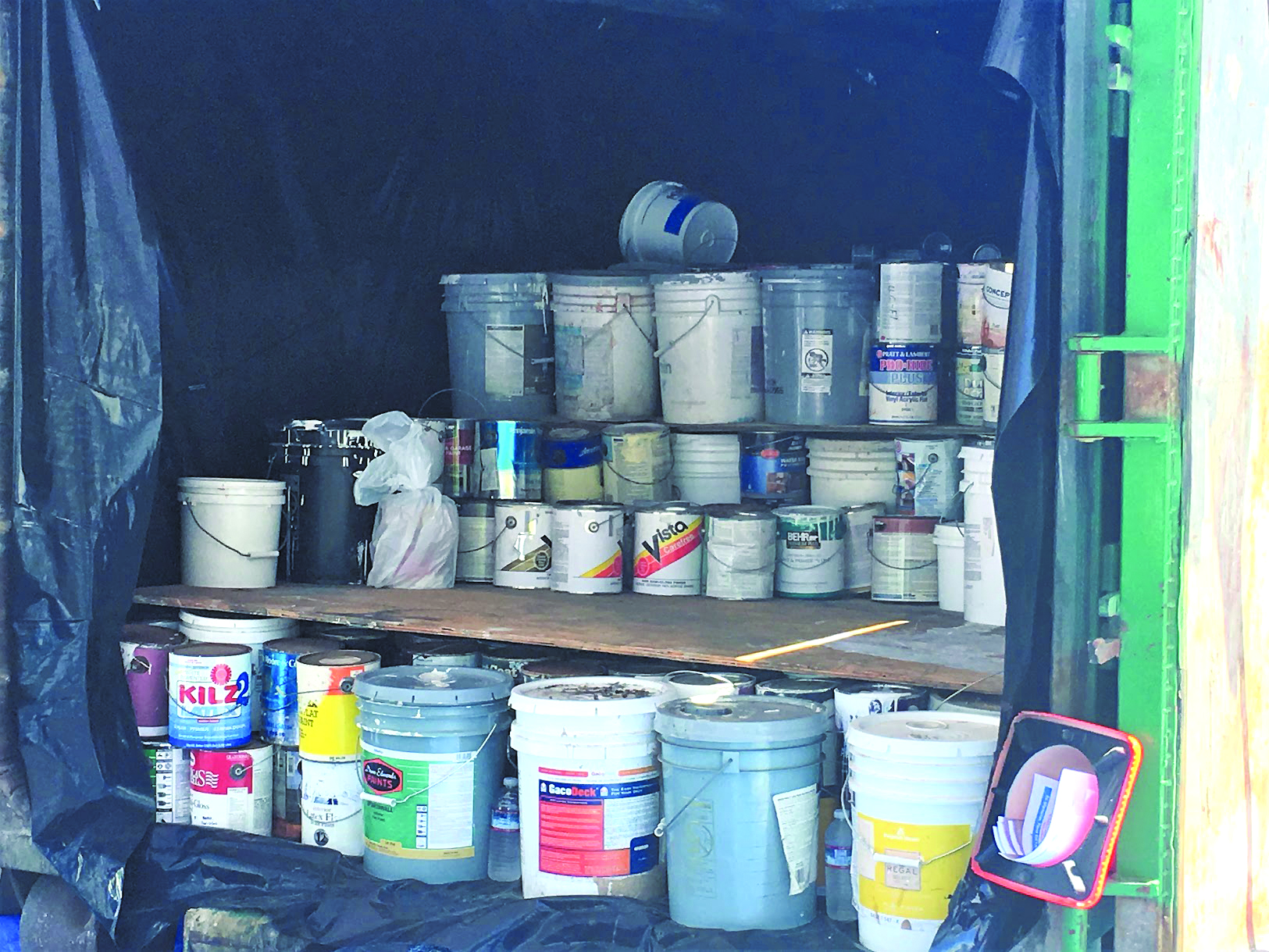 For the second year in a row, PaintCare, a national nonprofit facilitating paint recycling, hosted a drop-off event at Santa Monica City Yards on Michigan Avenue on Saturday. The event invited anyone, from large businesses to individuals who may just have paint left over from a home renovation project, to leave their remaining paint with PaintCare to be properly disposed of.

Jeremy Jones, West Coast manager of PaintCare, explained that paint is second only to electronics in volume as a product that cannot be disposed of through conventional means.

“What we’ve noticed is that getting the word out to the public about the opportunity to recycle paint is one of the biggest benefits of this event. It’s under the radar for a lot of people,” said Jones. “This is a great way to put it front and center in their minds.”

PaintCare hosts drop-off events throughout the year in a number of California cities, and Santa Monica was chosen as one of its drop-off locations due to the importance of the water table, which could be polluted by improperly disposed of paints. Additionally, Jones explained that Santa Monica’s reputation as an environmentally-conscious city added to its incorporation as a drop-off location.

By the end of the day, some 200 people showed up to the event with paint in need of recycling. While this was the same turnout in number as last year, the volume of paint collected was much higher. On average, each person dropped off 7 to 10 gallons of paint. The biggest drop-off of the morning was by a business that brought a truckload containing eight boxes of 150 gallons each; about 1,000 gallons in total.

“We definitely got more volume for the same amount of cars,” said Brandon Zarrahi, PaintCare’s Regional Coordinator for Southern California.

For more information about PaintCare and some of their upcoming paint drop-offs in L.A. County, visit paintcare.org.