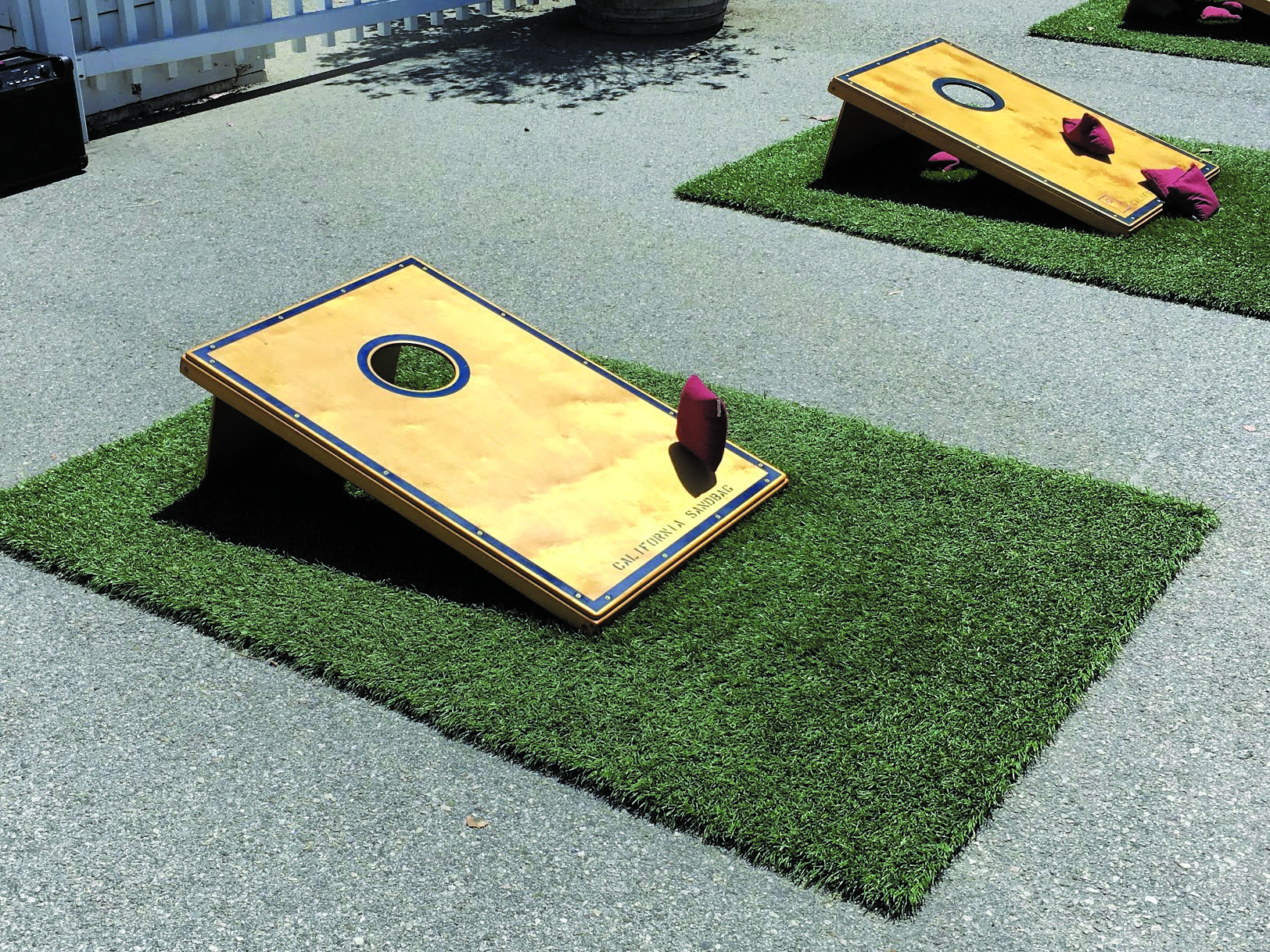 California Sandbag celebrated nine years of “bagging” tournaments at Santa Monica Airport’s Spitfire Grill on Saturday, May 13. “Bagging” is a game invented by Steve Mount, who designed it to be similar to the classic lawn game cornhole, but with some key differences like distance and set-up, as well as a dedication to local craftsmanship. Mount still makes all of the boards himself in his backyard.

The game and business were created when Mount’s son came home from college in Indiana describing the game of cornhole to him. Mount was then inspired by this and created his own version, and after inviting people to play in his backyard, his next-door neighbor decided to invest in the business, and California Sandbag was able to create its first 15 boards.

California Sandbag is different from cornhole in a couple key ways: rather than place two boards back to back, competitors aim at adjacent boards. Additionally, the distance between the board and competitor is 24 feet, which is shorter than cornhole.

“As the board maker, I didn’t want to make twice as many boards,” Mount said. “And my backyard is short.”

Since then, Mount’s California Sandbag business has hosted tournaments at the Spitfire Grill, with the motto “Always Fun, Always Free,” meaning that anyone can participate in these tournaments without charge, and receive a bottle of wine as a prize should they come out victorious. This week’s tournament marks nine years of tournaments at Spitfire Grill.

“We’ve had as many as 64 people competing, and we’ve had as few as 12,” said Mount, who explained that these tournaments happen as often as once a month during warmer months.

While many of Saturday’s tournament participants were regulars to the California Sandbagging scene, Mount noted that some new faces in the crowd as well, keeping the scene fresh.

Every board that Mount builds is recorded in a book alongside its buyer’s information. If you’re in the book, you’re a Board Member, which is how Mount refers to the owners of one of his handcrafted boards.

“Every board is numbered and signed, so we know every Board Member,” said Mount.

For more information about California Sandbag, or to get involved, visit californiasandbag.com.