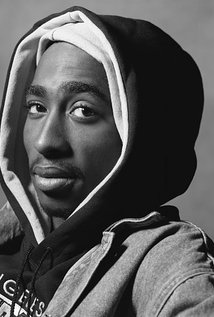 The announcement was made Tuesday by Shakur estate trustee Tom Whalley and Amaru Entertainment, the company created by Shakur’s late mother, Afeni, to release her son’s posthumous projects.

The documentary will be produced by Jayson Jackson (“What Happened, Miss Simone?”) and White Horse Pictures’ Nigel Sinclair (“The Beatles: Eight Days A Week – The Touring Years”) and Nicholas Ferrall, together with Whalley.

McQueen, who won an Oscar for helming “12 Years a Slave,” said he was “extremely moved and excited to be exploring the life and times of this legendary artist.”

“I attended NYU film school in 1993 and can remember the unfolding hip hop world and mine overlapping with Tupac’s through a mutual friend in a small way,” he said. “Few, if any shined brighter than Tupac Shakur. I look forward to working closely with his family to tell the unvarnished story of this talented man.”

Whalley, one of the founders of Interscope Records, said Tupac’s “timeless message resonates today as strongly as it did when I first discovered him in 1990, possibly more so.”

“His legacy is unfortunately seen now through the refraction of the headlines, the controversy, and the tragic way his life ended,” he said. “With this film, we will show the artist and the young man who existed beyond the news. I have an obligation to both Tupac and Afeni Shakur, to make sure this project becomes realized. In the final year of her life, Afeni and I spoke often of her desire to have her son’s true story be told.”

Gloria Cox, the artist’s aunt and his mother’s only sister, will by one of two executive producers. She said the project “was something that my nephew was very passionate about creating in 1996, and my sister since before her passing this last May. It has been a long journey to get here.”

“It has never been our intention to rewrite the story of Tupac,” his aunt said. “Our goal has always been to tell the true story, which has never been done before in such a complete way. My sister always said to me, `We are not in the business of defending Tupac. Our job is to allow him to be seen in the most complete way, so his actions, his choices, and his words will allow him to speak for himself.’  I believe this film will do exactly that.”

Though his recording career lasted just five years, Shakur made 11 studio albums and sold more than 75 million records worldwide before dying at age 25 on Sept. 13, 2006, six days after being wounded in a drive-by shooting in Las Vegas.

Shakur also found success as an actor, starring in the films “Juice,” “Poetic Justice,” “Above The Rim,” “Gridlock’d” and “Gang Related.”

He was inducted last month into the Rock and Roll Hall of Fame, the first solo hip-hop artist to be recognized for inclusion.