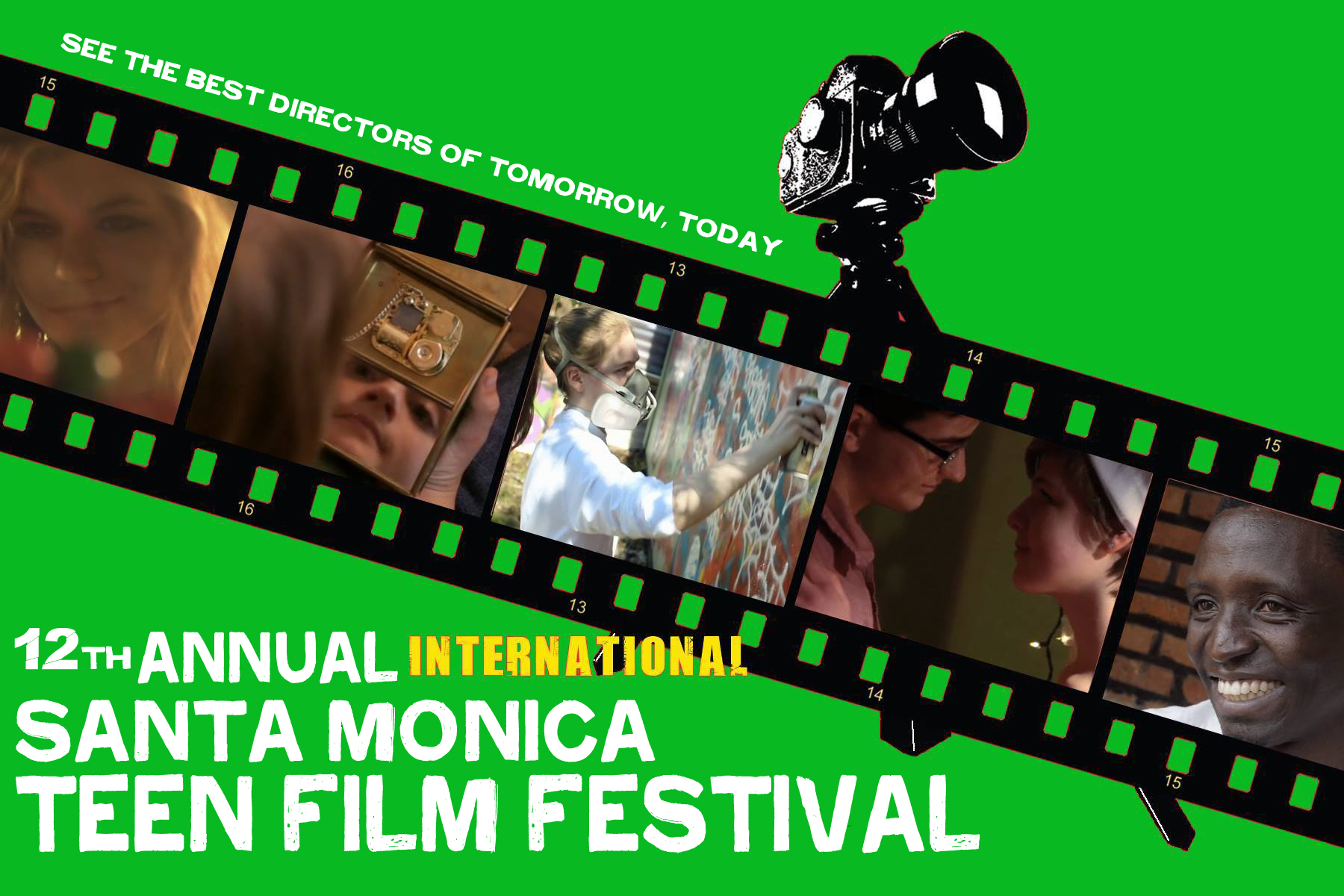 The 12th Annual Santa Monica International Teen Film Festival will take place on Saturday, July 8 and Sunday, July 9, 2017. The festival is free to the public and a wonderful activity for film buffs or families looking for something unique and fun to do in Santa Monica.

The festival will screen 35 short films (average length is four minutes) that were selected out of over 700 submissions from all across the United States as well as Hong Kong, Pakistan, India, Russia, Ireland, England, Iran, Thailand, Mexico, Canada and beyond. Local filmmakers from Santa Monica High School, New Roads High School, Harvard Westlake and other area schools will be represented.

This screening is rated PG-13 due to occasional violence and mature themes.

This screening will feature animated works, documentaries and short films rated G/PG and appropriate for all ages.

An “Audience Choice” award will also be given out after each screening. The winner will be chosen by the live audience via ballot immediately following the screening.

The festival is generously sponsored by the Relativity School. The first and only school of its kind created with a major Hollywood studio offering accredited BFA degrees in film + digital content, acting, commercial dance and art. The overall winner of the festival is eligible for a full scholarship to their three-week summer intensive.

Screenings are free and will have complimentary refreshments and snacks as well as a red carpet and step-and-repeat banner outside each screening venue. Join us for pre-screening fun and don’t be shy – take a selfie on the red carpet!

The festival is produced by the City of Santa Monica Cultural Affairs Division.