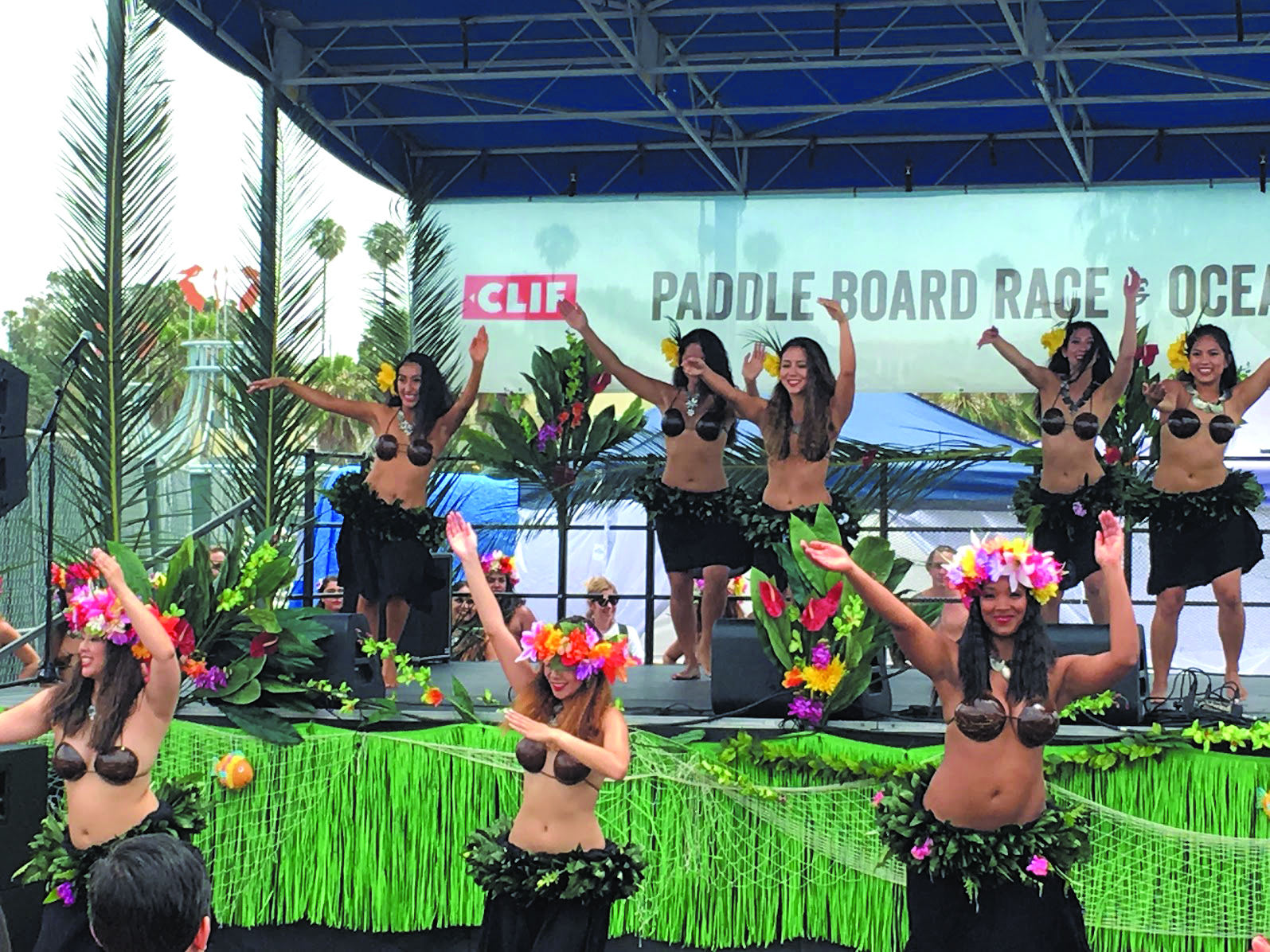 Adjacent to the Paddleboard Races Saturday was the annual Ocean Festival – a full day of activities with swim races, a volleyball tournament and more.

Kicking off the day’s events was a Hawaiian blessing at 7:45 a.m. In true Polynesian theme the morning included Hawaiian musical performers and hula dancers. A number of swimming events hit the water followed by paddleboard and SUP (stand up paddleboard) races. Beach races for kids, non-competitive paddleboarding for fun, a cliff paddle race were all part of the day.

Participants in the races ranged from skilled competitors to complete newcomers. For Eric Chu, who was participating in one of the paddle board races, this was his first race of any kind. Previously, he had only been paddle boarding about ten times.

“We have one of the biggest swim fields we’ve ever had today, and a great showing of elite athletes,” said Brennan Lindner, the festival’s Event Director.

At the end of the day, the top three male and top three female competitors were each awarded a hand-carved Koa bowl trophy, and each competitor to enter into a competition was given their own commemorative t-shirt.