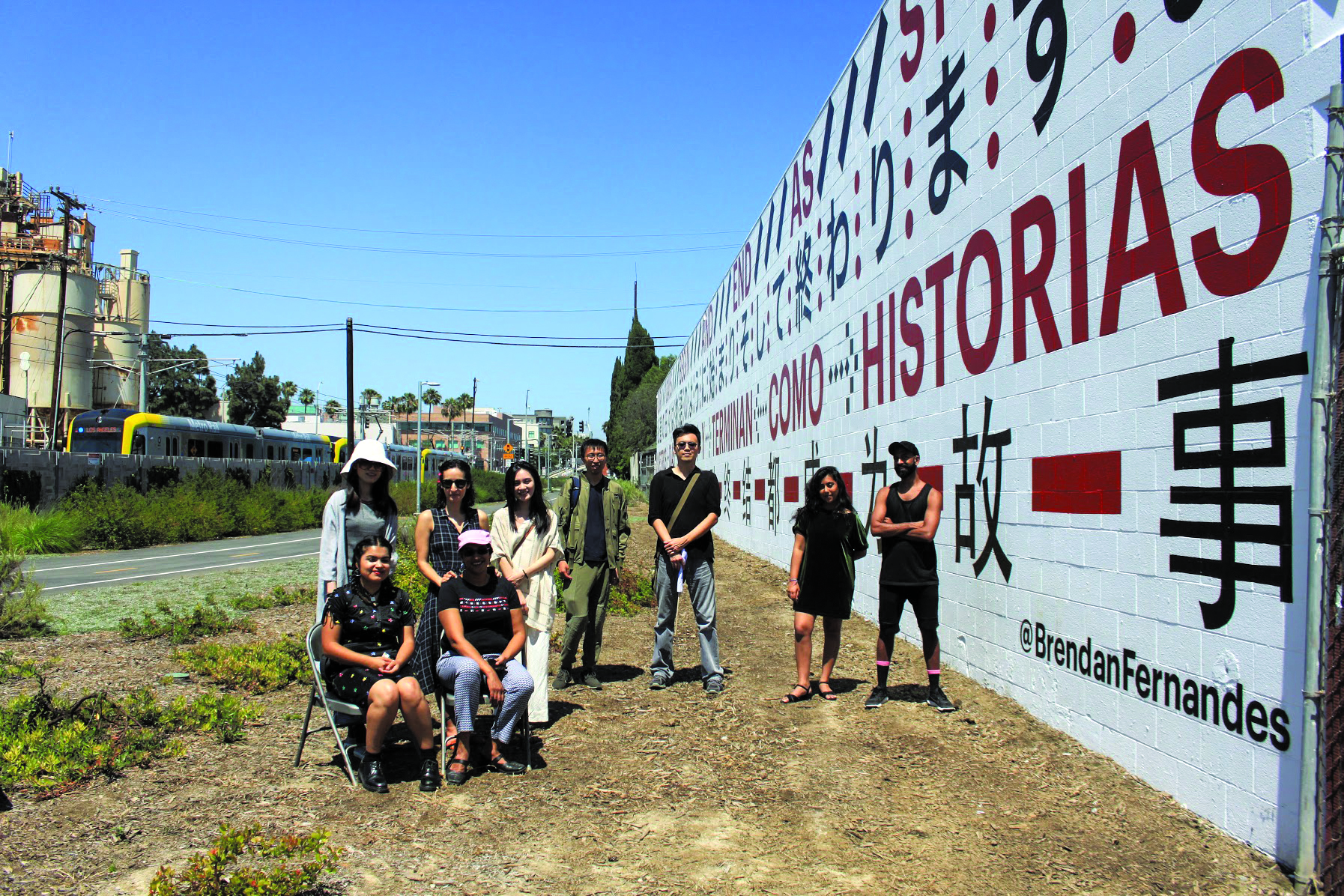 Fernandes is a Canadian artist of Kenyan and Indian descent with a Master of Fine Arts degree from the University of Western Ontario, and a Bacherlor of Fine Arts degree from York University in Canada. He has exhibited nationally, and internationally, with his artwork appearing in; Guggenheim, Bergen Kunsthall, Stedelijk Museum, Sculpture Centre, Manif d Art: The Quebec City Biennial, The Third Guanghou Triennial and the Western New York Biennial through the Albright-Knox Art Gallery.

Saturday marked Fernandes’ return to the 18th Street Arts Center, this time to celebrate the completion of the monumental inaugural mural project. When interviewed about the mural which required 90 hours to complete, Brendan had this to say:

“The piece is about the gentrification of the Pico neighborhood, looking at how the new train system that is in the neighborhood, how [the Expo Line] is changing and moving people through and in and out of the city.”

With the newly extended Metro Expo line now transporting an estimated 355,624 people weekly, Fernandes’ mural is highly visible. The statement “Our Days Begin And End As Stories” is painted in four languages – English, Spanish, Chinese and Japanese – on what will soon become the 18th Street Arts Center’s main entrance.

Along the adjacent bicycle path Anuradha Vikram, curator of the 18th Street Arts Center, explained to guests how the concept for the mural was cultivated from a phrase culled from interviews conducted during the 18th Street Arts Center’s neighborhood Culture Mapping of the 90404 zip code. She cited the 90404 zip code has historically been known as the “Redline part of Santa Monica [with] industrial, mixed used, with a lot of residential [buildings], and largely working class, and lower-middle class [people].”

Every few minutes a metro Expo Line train passes, and throughout the afternoon, bicyclists and pedestrians stop to look at Brendan Fernandes grandiose mural.