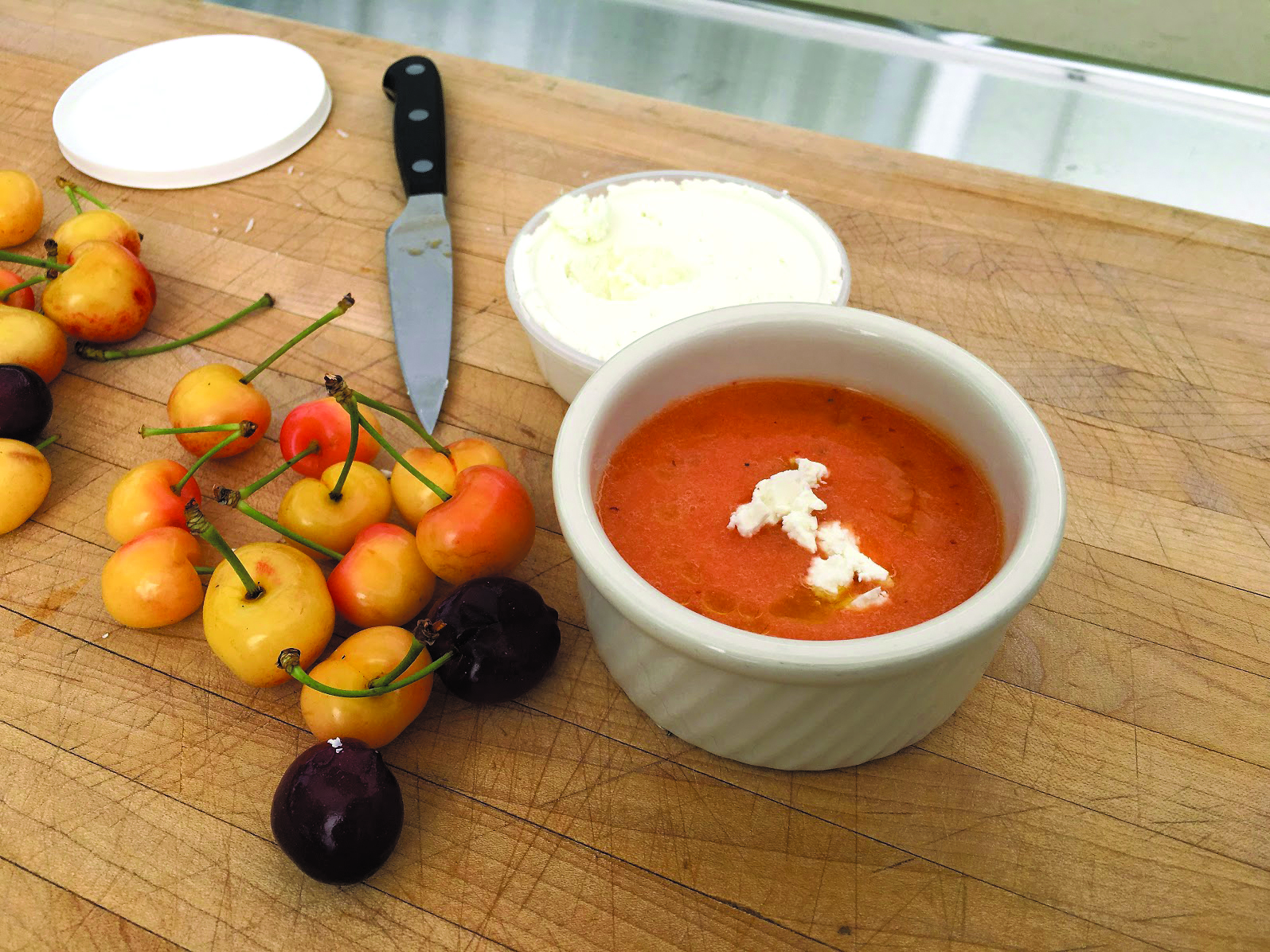 Throughout the month of May, a city-wide Food Bowl event has seen chefs demoing their creations centered on food sustainability. As part of the event Virginia Avenue Farmers Market in Santa Monica hosted a series of chefs on show, with a different culinary expert instructing participants on how to create an exciting food bowl.

The fourth and final in the series this past weekend saw Clemence de Lutz Gossett from the Gourmandise School of Sweets and Savories give a fruit bowl demonstration, explaining in detail how to make Peach Soup with Basil Oil and Goat Cheese.

Additionally, in recognition of California’s cherry season, all bowl workshops, including this past Saturday’s, were topped with a cherry.

Gossett explained that the ingredients in her dish were provided by the local vendors present at the farmers market. The goat cheese, for example, came from Drake Farms, whose booth was just a few down from the demonstration space.

“It kind of goes with our ethos, which is blending great techniques with seasonal ingredients that are sourced locally,” said Gossett.

Every half hour, Gossett began a new demonstration, which attracted attention from market goers as soon as the first one began in the morning.

“This is my market. I live down the street,” said Gossett. “I just love how this market has everything you need on a much smaller footprint. I get everything I need in 10 minutes.”

For more information on the Gourmandise School, visit thegourmandiseschool.com.