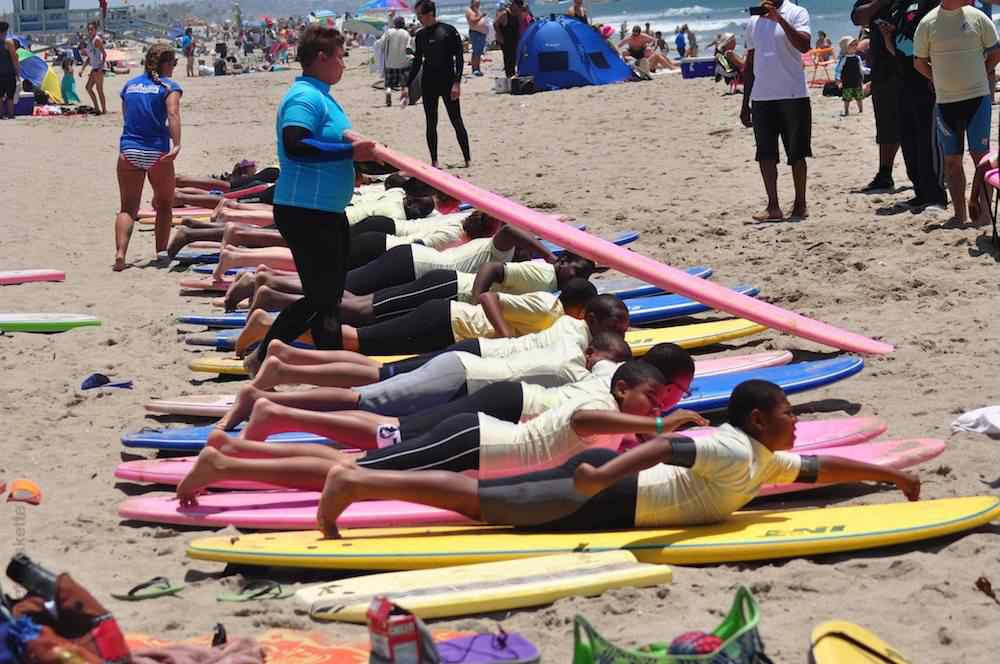 Santa Monica Conservancy, in collaboration with the Black Surfers Collective, the Surf Bus Foundation and others, is celebrating Nick Gabaldon Day Saturday June 3 with a host of activities in store.

The day will commemorate the life of Nick Gabaldon (1927-1951), the first documented surfer of African-American and Mexican descent.

The celebration will take place at the historical African-American beach site, sometimes formerly called the “Inkwell.” Free surf lessons are provided, and Alison Rose Jefferson, PhD, will be on hand to discuss Santa Monica history on the beach. Jefferson was recently awarded the Conservancy’s David Cameron Award for her work educating the community about the history of our African-American population.

In 1924, the only area that African Americans were allowed to surf without being threatened in Santa Monica was Tower 20, Bay Street Beach, then known as the Inkwell, one of the few shorelines open to African Americans during the Jim Crow era.

As an African American surfer, Gabaldon frequented the Inkwell before he began surfing without issue at other beaches that were traditionally segregated.

This year, as part of the Santa Monica Conservancy’s pilot youth program, the conservancy will host students from the Martin Luther King, Jr. Recreation Center in Los Angeles. The youth program focuses on heritage and nature education while exploring Santa Monica.

To sign up for the surf lessons head to: blacksurferscollective.org, or head to the beach Saturday to enjoy.