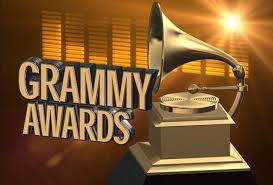 The Recording Academy Wednesday announced immediate changes regarding the Grammy Awards process, including a transition to online voting to provide the Academy’s more than 13,000 voting members “greater access and flexibility than ever before.”

“As an Academy, it’s imperative that we continue to meet the needs of music creators everywhere, and this year’s transition to online voting is an enormous step forward in the evolution of our voting process,” said Bill Freimuth, the Academy’s senior vice president of awards.

Another change announced Wednesday morning pertains to Album of the Year. From now on, all music creators — including songwriters, producers, engineers, mixers, mastering engineers and featured artists — will be eligible for a Grammy in the category if they’re credited with at least 33 percent playing time on the winning album. Until now, songwriters have not been recognized in the Album of the Year category.

By Staff Writer June 14, 2017
in Life and Arts
Related Posts