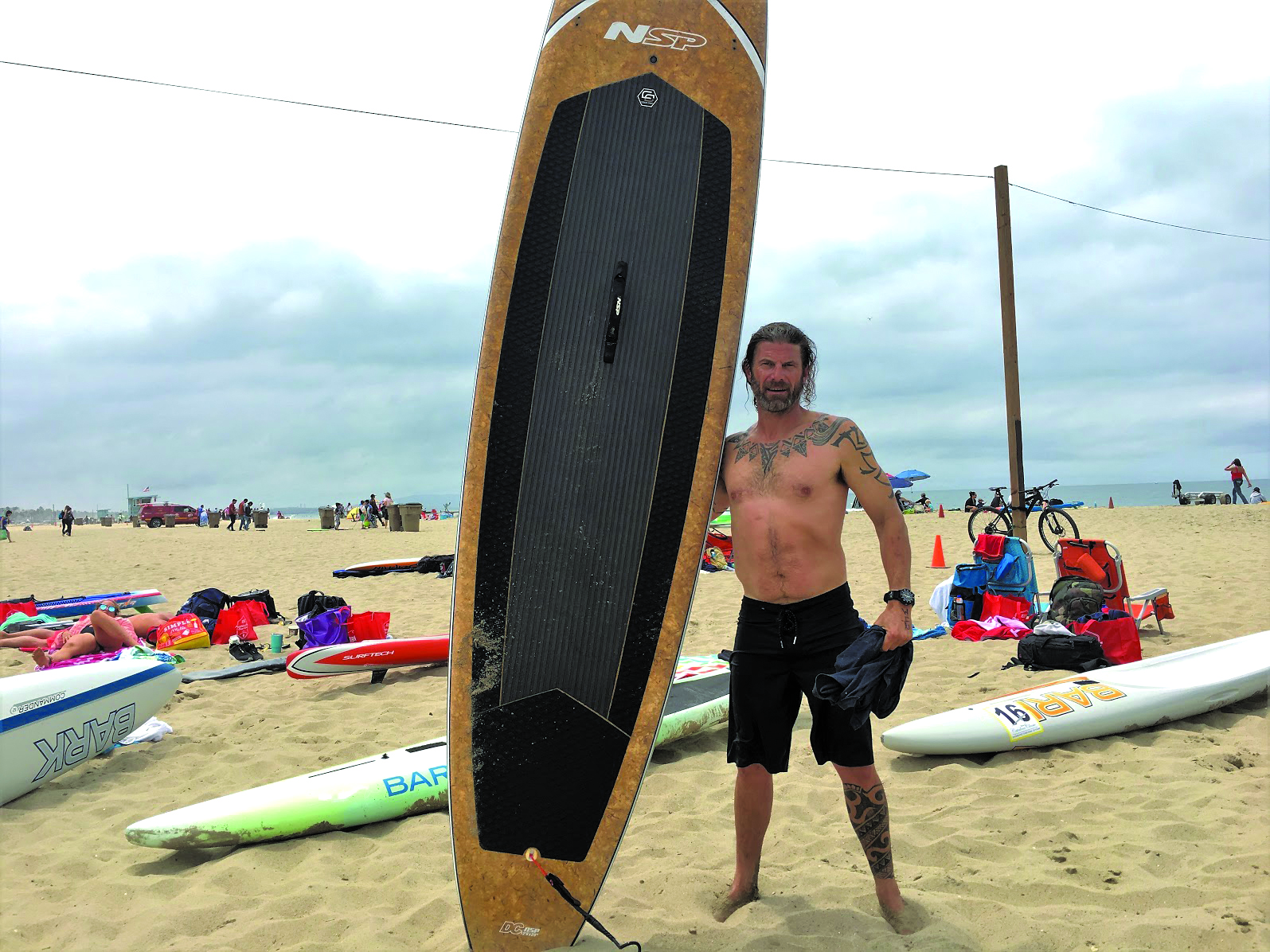 Saturday, June 10 was the annual Paddleboard Race & Ocean Festival at the Santa Monica Pier, which every year since 2010 has brought a full day of sporting events, music, food and a celebration of all things Santa Monica to the pier.

“This is the biggest year yet,” said Event Director Brennan Lindner. “This sort of catalogues all of the amazing things that have happened in Santa Monica the past 100 years.”

In order to capture so many years of Santa Monica’s history, a Surf Museum was set up on the pier, with stations dedicated to pioneering women paddleboarders, the legendary skate crew Z-Boys’ transition from surfing to skateboarding, volleyball in Santa Monica, the history of muscle beach and more. This year was the first year the muscle beach portion of the Surf Museum was on display, and it included live athletes demonstrating various strongman feats.

Stephanie McLean Coleman, who is a 4th generation Santa Monica resident, helped volunteer at the station outlining the history of women’s paddleboarding in Santa Monica. The exhibit explained that the first all-women paddleboarding program was staged at the pier on July 20, 1941, and was hosted by Santa Monica’s Hui Maiokikoi Paddleboard Club.

In addition to the Surf Museum, the pier was host to food trucks and booths from Santa Monica restaurants, local surf and skate businesses, and a stage featuring music including current buzz band Mattson 2 and Polynesian dancers.

“People love the Polynesian theme. We have some of the top Hula troupes from California,” said Lindner.

A portion of proceeds made through the event went to The Bay Foundation and the Surfrider Foundation, both aimed toward preserving the coastline.